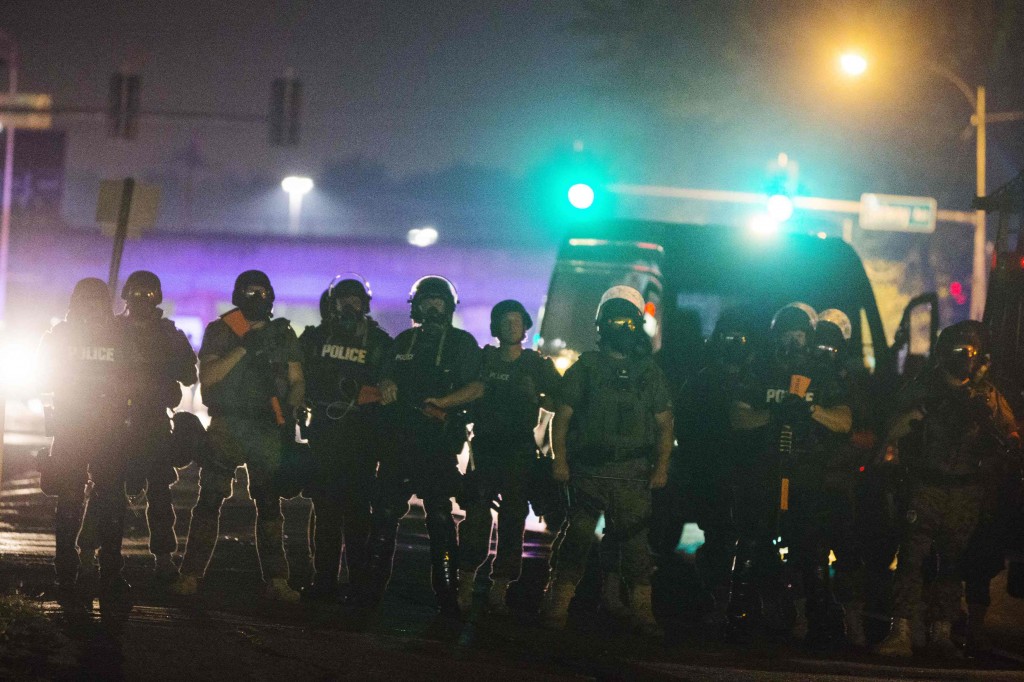 There have been steadily increasing controversies regarding biased media coverage in regards to the case of Michael Brown in Ferguson. Biased media coverage typically arises from omission of information or manipulation of words and facts. Specifically, those offended by the press’ one-sidedness have mentioned CNN. They mention a racial double standard as the source of the discrepancy in coverage. The following is a criticism of an article written by journalist Maria Haberfeld titled, “Why did Ferguson cop need 6 bullets?” If paid close attention to detail, even word choice illuminates the in-group (police) and out-group (black community) divides.

Residents of Ferguson, Missouri, were newly infuriated this week to learn from an autopsy report that Michael Brown, the man whose killing by a police officer on August 9 has set off days of ferocious clashes between police and protesters, had been shot six times. People who are unfamiliar with police work can reasonably ask, why was an unarmed man shot so many times, and why was deadly force used at all?

Here, the use of the word “man” in substitution of “teenager” to describe Michael Brown may not seem like a significant difference, but both words deliver varying connotations. Using “man” somewhat puts a damper on the innocence of Brown’s situation. By social norm, “man” reflects masculinity – strength, power, control, which Brown clearly had none of. The article strays away from using “teenager” to reinforce its siding with the police, since “teenager” connotes youth – a concept that is generally emotionally appealing and invokes feelings of sympathy or empathy.

Also, the word choice of “ferocious clashes” completely disregards the peaceful efforts at protesting by the black community. There is no mention of the blacks’ non-intrusive acts.

To put what happened in Ferguson in proper context, we need to understand how police officers are trained. The overwhelming majority of police departments in the United States train their officers in what is referred to as “continuum of force,” which views confrontations with the public as a series of stages.

It starts with an officer’s mere presence or spoken instructions, and becomes steadily more coercive, from the use of commands (“disperse;” “put the hands up”) to physical force, with things such as batons, Tasers, pepper spray, and finally, if all else fails or an officer’s life is threatened, deadly force. That is, bullets.

An officer need not go through each and every stage of the continuum. It is left to his or her discretion if and when to skip any or most of the stages. And it is important to emphasize that, even when an officer opts for deadly force, it is never intended to kill the suspect but to eliminate the perceived threat. Since police are trained to shoot in the center of the body, the use of this force will often result in death.

According to a handful of eyewitness reports and even direct police reports, Brown was unarmed. In addition, he and his friend Dorian Johnson were only approached because they were walking in the middle of the street instead of the sidewalk, with no intent or evidence of committing crime. At the time, the officer who shot him, Darren Wilson, did not know he was a suspect of a convenience store robbery. Put simply, there is high assumption that officer Wilson only approached Brown because of his race. So with this information, the policeman had no moral right to engage in confrontation with Brown, anyway. Why doesn’t this article mention this information? Of course the officer didn’t go through “each and every stage of the continuum”, he skipped all of it and sped to the very last stage. The officer only brought this “perceived threat” upon himself. This reiterates the common excuse we hear from police officers, regardless of the embedded immorality in the situation – “we’re just doing our job”.

Police officers receive between 70 and 120 hours of training in the use of deadly force from the technical angle — that is, how to fire their guns accurately. But little in their training modules touches upon the psychological, physiological and social aspects of the use of deadly force. This is a mistake. Police training should include extensive and ongoing emphasis on what happens to the officer, the suspect and the community when coercive force is used. Officers must be prepared to cope with stressful encounters that they believe call for firing their weapon at a suspect.

This is not the kind of training that individual police departments should work out on their own. It should be developed as a national standard by experts in the field of police studies, sociology, psychology and physiology.

Now apparently, we should feel some sort of empathy because policemen deal with “stress” after murdering an innocent teenager? Because “what happens to the officer” is obviously very important – more important than the significant emotional distress felt by communities and the nationwide and governmental impact of the officer’s actions, right? This is saying consideration of what happens to the suspect and community is important, but it mentions none of the terrible consequences that have come about to Ferguson.

Police also receive practically no training in stress management; if a department decides to offer such training, it is usually on an experimental basis and not incorporated long term. But without learning to manage stressful encounters, officers will find themselves again and again in situations in which human life — that of the person the force is used against or the police officer who shoots — is sacrificed because of an error of judgment.

Researchers have shown that under the stress of a deadly force encounter, a series of physiological changes occur. Visual perception becomes seriously impaired: Up to 70% of the peripheral vision is affected. This visual impairment often creates an inability to assess how many shots are needed and if indeed the suspect has been incapacitated to the point of posing no more threat to the police officer or others.

It’s not possible to say that the number of shots in the Brown case represent a police officer attempting to “execute” the teenager, but rather they likely reflect the outcome of a tremendous stress that the officer experienced while shooting.

This is justifying officer Wilson’s deadly actions with a supposed irregular perception. We don’t truly know if officer Wilson became “visually impaired”, but we know the other sense of touch could definitely feel how many shots was coming from his weapon. Again, this is excusing Wilson’s action because of “tremendous stress”.

Policing as a profession, in addition to being about the use of force, is also about the individual discretion of officers, and this is difficult to explain to a non-police audience. It is rooted in a sense of suspicion, the idea that anything can happen on the streets, and it is related to officers’ personal experience but also the experiences of his or her colleagues, the so-called war stories that mobilize and organize much of officers’ behavior on the streets.

It is a horrible tragedy when a police officer takes somebody’s life, especially when the person was not armed. However, the public makes a dangerous presumption when it assumes that police officers, police departments or any other law enforcement bodies are out there to execute members of the public. Policing is a dangerous profession, as George Orwell once wrote: “Men can only be highly civilized while other men, inevitably less civilized, are there to guard … them.”

The use of the phrase “this is difficult to explain to a non-police audience” implies the black community is clueless about a police officer’s job. This excerpt finally mentions some viewpoint from the black community when they call the incident a “horrible tragedy”, but then it goes on to counter that, siding with the police once again. It is speaking for the out-group, saying they assume that all police aim to execute. This should not be generally applied to the out-group.

Also, of course policing is a “dangerous profession”, but Wilson placed himself in a dangerous situation.

Yes, police must be enabled to use coercive force, but they must be trained thoroughly in how to use it.

They are trained as soldiers and expected to perform as social workers at least 90% of the time. And then in a split of a second, they have to be soldiers again. It’s quite a trick.

Well, by evidence, it seems that officer Wilson was a soldier 100% of the time.