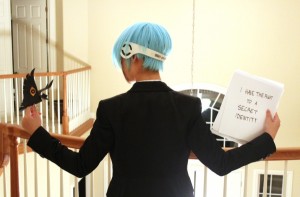 The NSA’s spying efforts were first made known to the world in 2013, and ever since then the backlash about our “Big Brother” government has been massive. Since Edward Snowden released this information and then fled the country people have been protesting and questioning our rights. Does the government have the ability to spy on everything we do?

The Civil Liberties Force and Electronic Frontier Foundation (EFF) have come together to start this new trend of cosplay that protests NSA’s spying. “The product of the collaboration is “Project Secret Identity,” a cosplay photo campaign that will coincide with the annual Dragon Con pop culture convention.” Many of these cosplay organizations have backed the causes of speaking up for our rights of privacy. “The campaign has the backing of the Harry Potter Alliance, Firefly-inspired non-profit Southeastern Browncoats, Sherlock Holmes fan group Baker Street Babes, Wattpad and the Organization for Transformative Operates.”

Cosplay participators are perfect for this cause because it is not a new idea for them to be surveillance, “Whether it’s the ‘Eye of Sauron’ in The Lord of the Rings or ‘The Machine’ in Person of Interest, genre culture has long explored and criticized mass surveillance,” Those who participate in this new trend post photos of themselves dressed up with slogans like: “I Have the Right to a Secret Identity” and “Privacy is Not a Fantasy.” 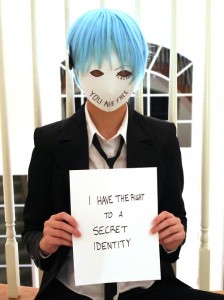 The idea of bringing together a real problem in a fantasy world creates a whole new base of people protesting the NSA. This is a necessary step to get the word out there. A start of a trend like this could influence a whole community of gamers and tech fans. Something that seems like dress up is actually mixing an iconic form of pop culture and politics to send out a message and inform those who aren’t aware.