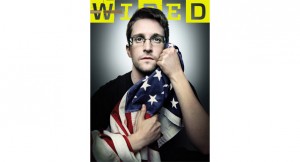 In late May of 2013, Edward Snowden did the unthinkable and released classified details of the United States Government’s surveillance programs. Snowden shocked the world by releasing the most substantial leak of NSA material in U.S. history, and as of last week, he appears to be at it again. Although Edward Snowden recently released a statement saying that he would voluntarily go to prison if it served the right purpose, he does not appear nearly finished communicating the National Security Agencies secrets. According to an article by Jody Serrano on politco.com, earlier this week Edward Snowden divulged even more information that wasn’t supposed to be leaked. Snowden’s newest unveiling was on the NSA’s program called MonsterMind. MonsterMind is a program “designed to prevent foreign cyberattacks and automatically fire back at the source of those attacks, without any human action.” (politco.com) Snowden claims this could also be the biggest invasion of privacy known, which again is a further example of “The Government” being “Big Brother” and watching over our every move.

This newly explained program allows NSA to control and monitor all private communications coming to U.S. citizens from foreign countries. Snowden’s most recent release of information displays how closely monitored we are by the NSA, and how all of our communication is constantly surfacing without our knowledge. The levels of information being overlooked by government ran programs are both sickening and scary to think about. While it may be useful and have its purpose in some cases, for the most part it is just largely over utilized and unnecessary. It’s crazy to think that people such as Snowden have released only this little amount of information and it is breaking news, when you know that if everything came out about the NSA spying on our personal information, we would realize that nothing we do goes unrecorded.