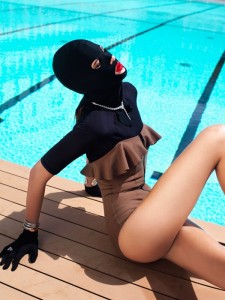 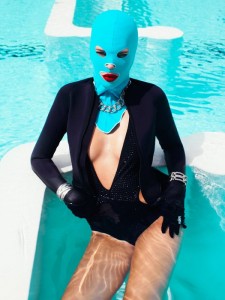 On 7th August 2014, CR Fashion book updated the latest design of Summer Beauty on its website. Carine Roitfeld, the former editor of Vogue Paris, is trying to make the Facekinis (the mask ) happen by featuring models wearing brightly-colored Facekinis with high fashion swimsuits, such as Gucci on her website.

The tight fitting masks were originally invented by Chinese retired middle age women who swim regularly in Qingdao. The goal was to prevent the face from getting tan because in Chinese aesthetics, opposing to the ideal of beauty, tan simplifies the hard work labor whose skin is harmed by the sunlight. In addition, Most of middle-age Chinese women do not satisfied with their shape. When they cover their faces on the beach, they act more confident. 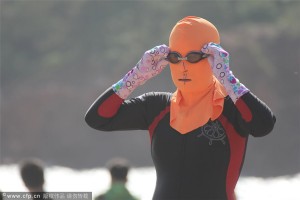 The relative news about “Chinese women at beach” were reported in Foreign media such as CNN in 2012, but the news did not have much impact on public. However, recently CR fashion designer got the inspiration of the Facekinis and used the media as a powerful tool to reveal the different aesthetic value of understanding beauty in another national culture. 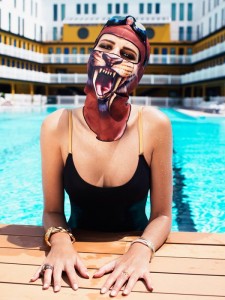 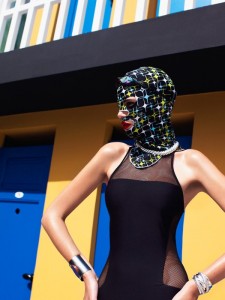 “While our summer beauty routines are devoted to bronzing, self-tanning, and tan-extending, in Asia, beauty-seekers are more likely to center theirs around lightening and brightening.” From this special series of design, more people will get to know that in Asian/Chinese culture, white skin is considered as a sign of beauty. In this case, the media pass the message and function as the vehicle of cultural expression.