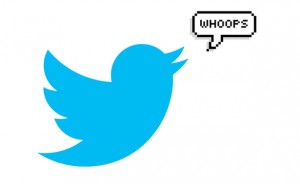 In Seattle, the police discouraged civilians from tweeting during local criminal activities such as manhunts and shootings. These crime tweets may inform the culprits about the current location and actions of the police. Although there has been no incidents of any officer impairments caused by criminals using social media hints, not only were the cops in danger, but also the local citizens.

However, the police’s request should not be interpreted as an effort to ban all local crime posts. Through social media, officers can be alerted about urban emergencies to quickly assist citizens. One issue was that citizens did not assume possible future consequences of their posts concerning crime, as mentioned by Nancy Krob, a member of the International Associations of Chiefs of Police (www.opposingviews.com). The main issue was the time a post is published, so the posts must be regulated in some way.

To increase public safety, the Washington police and several organizations started a campaign, “TweetSmart” recently. Guidelines were provided, specifying appropriate and inappropriate actions about social media usage, during an emergency. Citizens were encouraged to notify family and friends, but have to wait until the situation is complete, to post pictures. However, citizens were disapproved from uploading images about cops participating inside the event.

This current event demonstrates a circumstance that net neutrality should not be maintained. Due to several occasions that citizens post controversial material online, the society has to extend regulation towards the internet and its users. If a citizen uploads images exposing cop activity, during crime situations, these pictures have to be deleted as soon as possible. All information online can not be treated equally since some content may insult others, leak confidential government information,…etc. Even though ISPs are not supposed to select the speed and sites to access info, these two actions pose as possible solutions to regulate the internet during a crisis. If there was supposed to be equality in the distribution of data online, is there still a way to make the information harmless? Without some censorship, everything is revealed and the public may not approve about the information.

For a Closer Look of “TweetSmart”