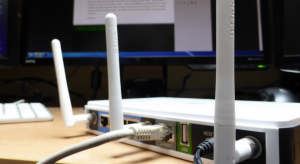 The whole concept of net neutrality goes much farther then just money; its about control, control that companies do and don’t have. Should large corporations have the ability to hold fees over companies heads in order for their data to be given out faster? I think not! Not only will this raise fees for us and companies like Google and Netflix, but it also makes it nearly impossible for new companies to join the internet trend. Many companies that are trying to get a start already struggle due to the high risk and even higher start up costs, and companies charging for speed would just sky rocket these fees even more. No one is going to visit a website that takes a minuet to load. Everyone wants things faster and faster, so if these new smaller companies couldn’t pay the price they would suffer more then they already would as a new site.

Without Net neutrality , “The internet and free speech would never be the same.”

Without net neutrality there would essentially be discrimination between sites, and the way of favor won’t be to the lesser companies. “Cable companies want to slow down (and break!) your favorite sites, for profit,”  Since when did the internet become something that can be controlled and costly. Our freedom of the internet would be limited if there wasn’t net neutrality; the internet would become a good, speed would be a good. Internet is already a big enough market as it is we shouldn’t be charged for the data that we receive from it as well.

So much of what goes on online is research and information; people are educating themselves in all ways. It’s a new way to become educated in all ways that is unlike anything we have ever seen before, and now companies want to limit that and charge you. This would make the internet less of a free-exchange of data and information and it would pull us away from a time of enlightenment and never ending knowledge.

In my opinion we need to protect the internet and protect our rights and defend net neutrality. Charging companies and users for data would make the internet and its online economy so much harder to enter, and it would make it more costly for all users.