In many news channel has been reporting about “Ebola virus”. It Ebola epidemic began sweeping the world in three West African countries (Guinea, Liberia, Sierra Leone), those countries are getting panic from the virus.   Where came from, and what is the symptoms of it? It occurs virus when you touch the infected bodily fluids such as blood in the patient directly Ebola virus, saliva, sweat, snot, tears, and  vomit. Infected person is bleeding off the skin coming up. Spending on Ebola hemorrhagic fever symptoms appear.  Since this is accompanied by such “is after a fever and bleeding. Incubating the main symptoms appear suddenly initially cold with similar symptoms. Fever, chills, headache, vomiting, and diarrhea. Around the eyes, nose and mouth, as well arises from the internal bleeding. immune system is faster after it collapsed. 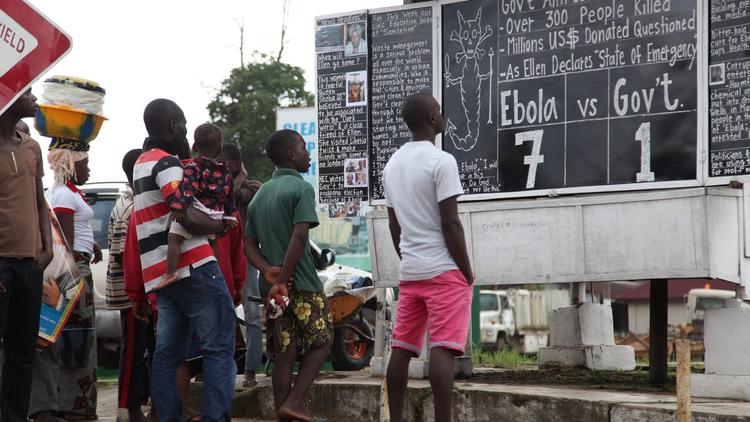 Actually, wild fruit bats bat Ebola virus, it spread out to human’s body.  African’s Favorite food to eat is that African fruit bats locals, eat fruit, such as pollen from flower nectar, and fruit bats, and called the name stuck. This has the habit of eating raw fruit bats, monkeys are wild animals, such as the West African residents today. Enjoy eating the fruit bats because rainforest residents could spread to Africa in the short time Ebola eventually.  It is possible that a secondary infection from eating gorilla, chimpanzee, porcupine, fruit bats man in Ebola possible. UK Guardian that “if you want to stop Ebola spread and help the sheep, goat, pig and cattle production, such as intake and prevents the African fruit bats and rodents locals right now,” he also said. However, local residents made ​​it clear that there is no means to change the diet, saying, “What if they die Think you’re only a matter of tradition aside.”

I think that It also destroyed the African jungle, rainforest, the indiscriminate development issues. Some were as quick to reach for a new human virus that was hiding in the jungle, promotes the development of virus analysis. Even now, two hours virus continues to evolve and change the gene sequences are going to increase the mortality rate.