The Three Dimension-Change Card Sorting (3DCCS, see Deák & Wiseheart, 2015) tests young children’s ability to flexibly switch sorting choices when rules change. It is based on a simpler test, the DCCS (e.g., Zelazo, Frye, & Palfai, 1996), but it reveals more graded and nuanced patterns of flexibility and inflexibility in children’s sorting responses.

The 3DCCS uses three rules and is similar in difficulty to the FIM-An test (see below). Children must sort six cards into one of four boxes. Each card has a picture of an animal that differs in shape, color, and size. Children are told a rule (e.g., in the “color game” sort red, blue, and yellow items into different boxes). After sorting each card, children are told a second rule (e.g., the “shape game”), and after sorting the cards again using that rule, they are told a third rule (e.g., “size game”). Card sets are selected so that children must sort each card into a different box under each rule. 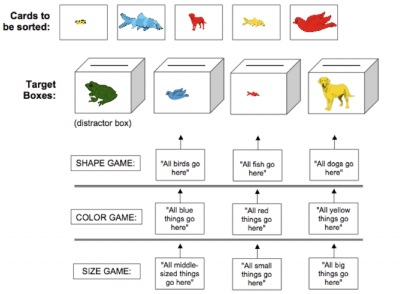 The Flexible Induction of Meaning of Words for Animates (FIM-An, see Deák & Narasimham, 2013) tests young children’s ability to flexibly use language cues to figure out what new words mean. In the test, children hear several words for a complex set of items. The cue changes with each word, and each cue implies a different meaning. The cues are phrases before a novel word: “is a…,” “lives in a…” or “holds a….” In the FIM-An, the words imply a species, habitat, or possessed-object meaning. Below is the labeled picture from one of six sets of pictures; after hearing each word, children would be asked, for instance, to “find another one that lives in a[novel word].” They would generalize the word to one of four other pictures: one with the same kind of creature, one with a different creature in a similar setting, one with a different creature holding an identical object, or one completely dissimilar scene (control item). 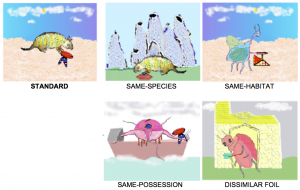 The FIM-An is based on an earlier test, the FIM-Objects (Deák, 2000; Deák & Narasimham, 2003). That test uses real, complex objects, so it is hard to replicate outside of the Cognitive Development Lab. The FIM-An uses pictures (created by G. Narasimham) that can be requested from G. Deak. 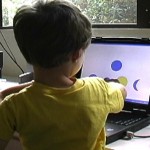 onse speed. The test can be used with a laptop and removable touch-screen. Children must choose, on every trial, an identical colored geometric shape from an array, by touching the matching shape. Arrays vary in difficulty. Users can specify various parameters (e.g., inter-trial interval; number of trials) in a GUI before each use. 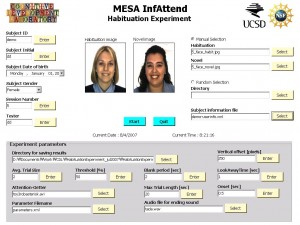 Attend/MESA is a software tool written in Visual Basic (by H. Kim and G. Deák). It has two modes: Habituation mode and Preferential Looking. These VisualBasic applications provide precise, easy control over both testing paradigms, which are commonly used in infant perception studies. This application offers a user-friendly tool for testing infants in a freely available VisBasic tool. InfAttend/MESA was supported by the National Science Foundation (SES-0527756 to Gedeon Deák). To use InfAttend/MESA, please contact Gedeon Deák at gdeak[at]ucsd.edu.

VisLearn/MESA is a software tool written in Presentation (http://www.neurobs.com/). It supports the creation, control, and delivery of contingency- or sequence-learning stimuli for infants, children, or adults. It is written to be usable and modifiable with minimal difficulty by other Presentation users. For an example of research using this test, see Ellis, Robledo and Deák (2013). 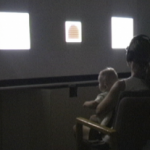 VisLearn/MESA was supported by the National Science Foundation (SES-0527756 to Gedeon Deák and Jochen Triesch). To use VisLearn/MESA, please contact gdeak[at]ucsd.edu.