Undergraduate Sociology Student to Speak at All Campus Comencement

Ricky Flahive, an undergraduate student double majoring in Sociology and Political Science, was selected to speak at the all campus commencement ceremony this year. He will be representing the graduating class as this year’s student speaker and sharing the stage with the Dalai Lama who will too address the graduates this year. 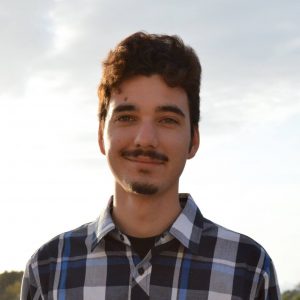 “It’s kind of surreal, I will be sharing a stage and speaking immediately after the Dalai Lama himself. To be frank I am pretty terrified, beyond nervous, but extraordinarily thankful.”

Rick’y experiences and involvement as a UCSD Triton include serving as president of the All Campus Transfer Association and as a peer mentor for TRiO Student Support Services. He was also involved in Associated Students, Muir College Council, Triton Television, MENding Monologues, Transfer Year Experience, Global Seminars, and the McNair Research Program. In the time he spent here as a transfer student, Ricky took advantage of the opportunities available to him as a Triton and is now proud to represent the class as a whole during commencement.

The All Campus Commencement will be held Saturday June 17th, 2017 from 9am to 10:30 am in RIMAC Field and is invitation only for graduates and friends & family of graduates.

More information on Ricky Flahive and his backstory will soon be available in an upcoming series titled Undergraduate Student Spotlight we hope to feature in the near future.

Involved in the management of a wide array of student affairs functions including counseling students on various undergraduate and graduate programs; analyzing, interpreting and implementing departmental and university broadly defined policies; preparing the annual and quarterly teaching schedules; coordinating the classes and faculty selected to teach in Summer Session; coordinating graduate admissions; managing graduate student support and employment; and organizing publicity for the various programs in appropriate venues.

Responsible for the maintenance of records for majors, minors, master’s students and making recommendations to the Program Director, faculty committees, faculty members and MSO on matters related to the undergraduate and graduate programs in Latin American Studies Program.

Applications must be submitted by Thursday Sept. 8th.

The Department of Sociology is looking to hire a Career 50% position as an Blank Assistant 3 with the African and African-American Studies Research Center.

Applications are due Friday August 26th.

The University of California is an Equal Opportunity/Affirmative Action Employer. All qualified applicants will receive consideration for employment without regard to race, color, religion, sex, national origin, disability, age, protected veteran status, gender identity or sexual orientation. For the complete University of California nondiscrimination and affirmative action policy see:http://www-hr.ucsd.edu/saa/nondiscr.html