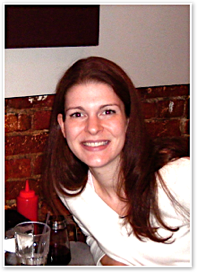 Dr. Creel was an undergraduate at the University of South Carolina before going to the University of Rochester for a PhD, and the University of Pennsylvania for postdoctoral work. Her interests include the development of word recognition, specificity in acoustical representations, and the role of top-down knowledge in music perception and enjoyment. 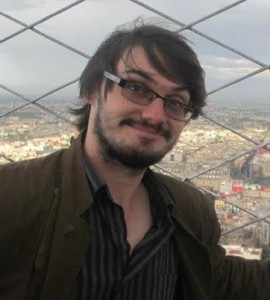 Carson is interested in models of perception that account for rich representations of speech in memory and multimodal information. He completed his undergraduate studies in linguistics at UC Berkeley and managed the Ofen Lab for Cognitive and Brain Development at Wayne State University before joining UCSD CogSci. He also has a passionate hobby interest in California Studies and Western Americana. 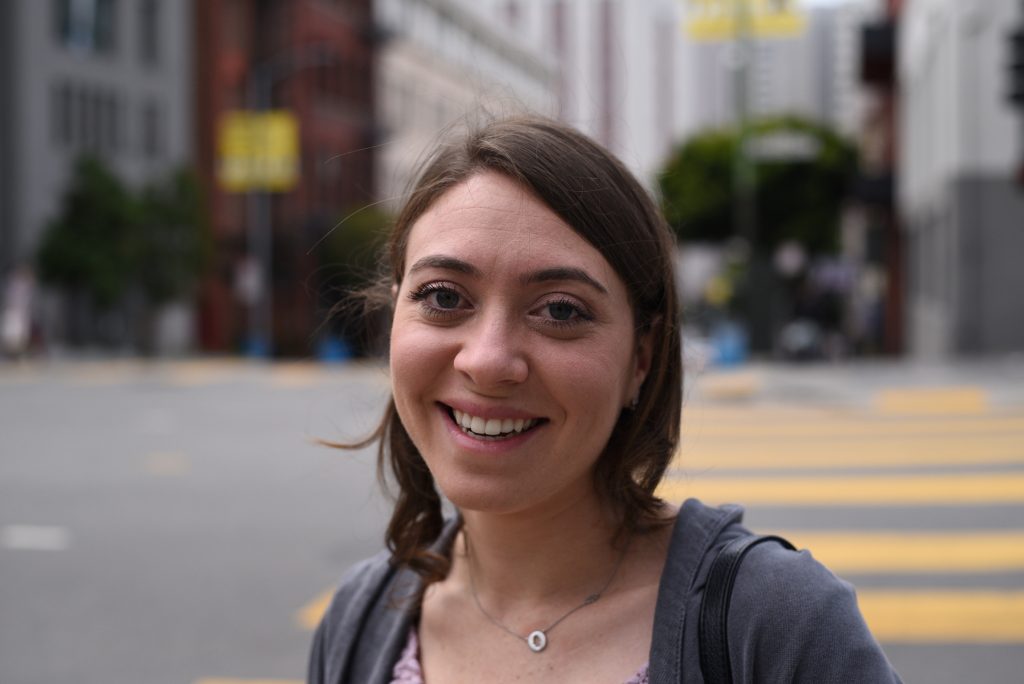 Reina is a fourth year PhD student in the Cognitive Science Department. Having grown up as a Spanish-English bilingual, she is interested in bilingual language processing in preschool-aged children and adults. She explores the different types of cues bilinguals use to facilitate bilingual language learning and understanding the mechanisms involved in regulating dual-language activation. Her research makes use of eye-tracking and behavioral techniques. Outside of the lab, she enjoys reading, cooking, and taking walks. 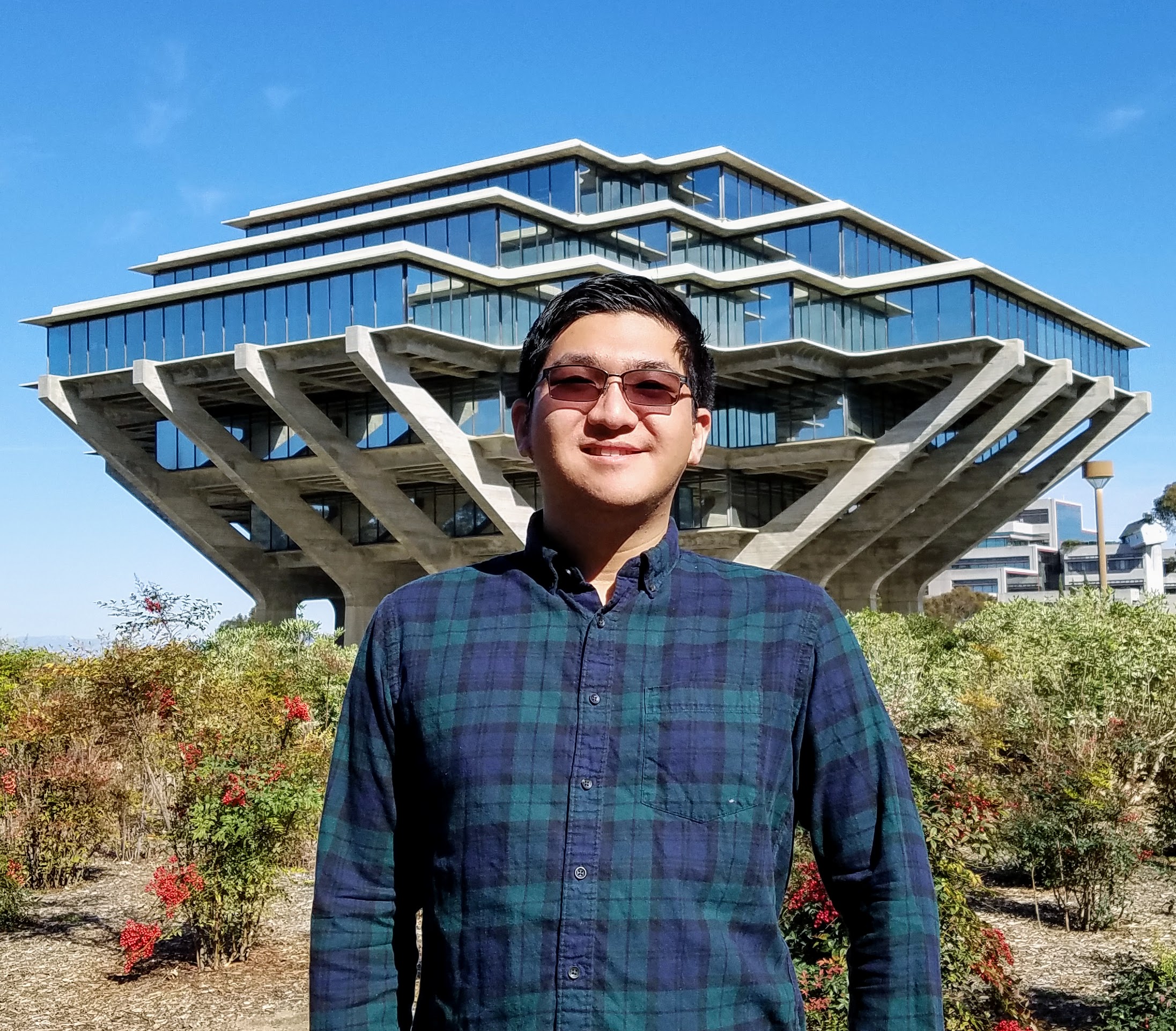 Andrew is interested in the ways people interact through remote communication and how that influences speech production. As someone who grew up in “The Valley” in Los Angeles, he naturally decided to go into dialect research. He completed his undergraduate studies at UC Berkeley studying cognitive science, linguistics, and statistics. Other interests include video games, beach walks, and birds. He recently won 1st place in the Lab Expo Graduate Showdown, a 3 minute research talk competition. 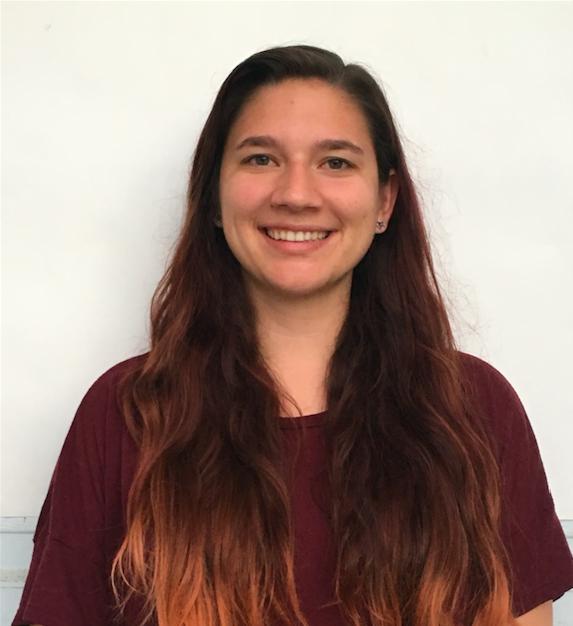 Emily Provenzano is a second year PhD student in Cognitive Science.  She is interested in understanding how the brain processes language in real time.  She does experiments using ERPs in the Kutas lab to look at word form prediction.  She is currently starting a project in the Creel lab that uses eye-tracking to follow up the results of this study. 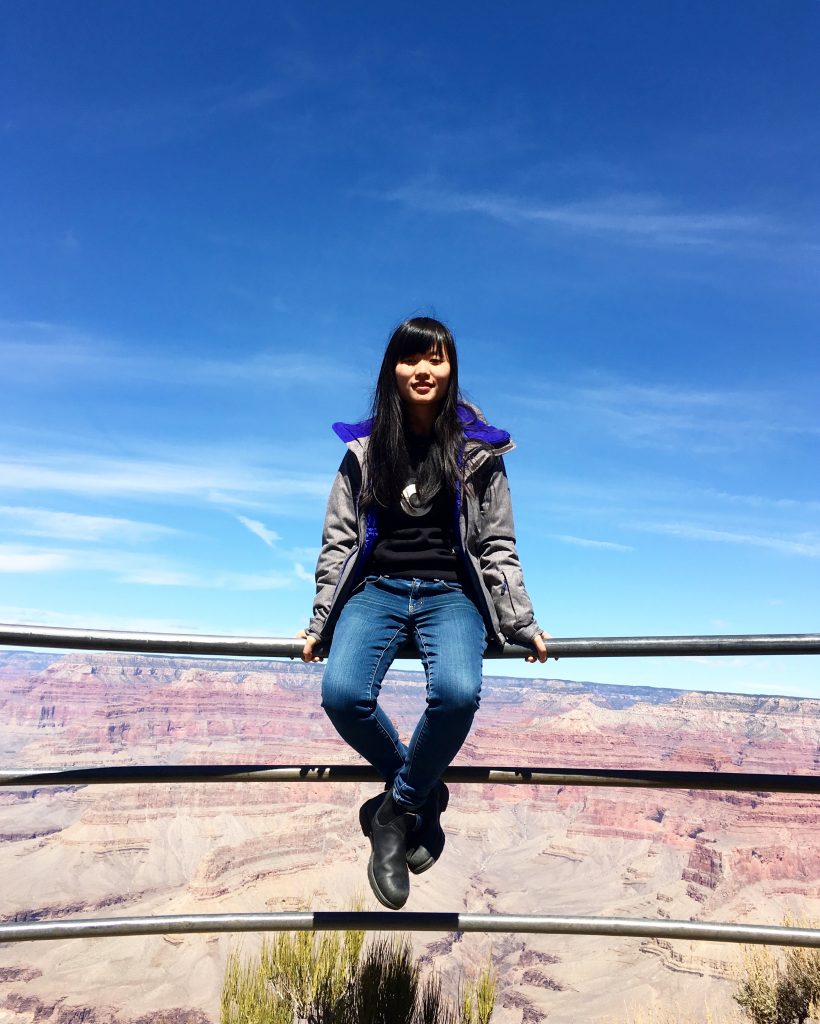 Zoe is from Taiwan. She completed her undergraduate studies in psychology at National Taiwan University. Her research interest is how humans process auditory information across time. She is interested in how humans perceive music beats. Using EEG, she investigates the relationship between brain and behaviors when people listen to musical rhythm. She is also interested in cross-domain interactions. For example, how non-speech context influences speech perception. She is generally interested in all the audio relevant things. Her recently developed interests are surfing and DJing. 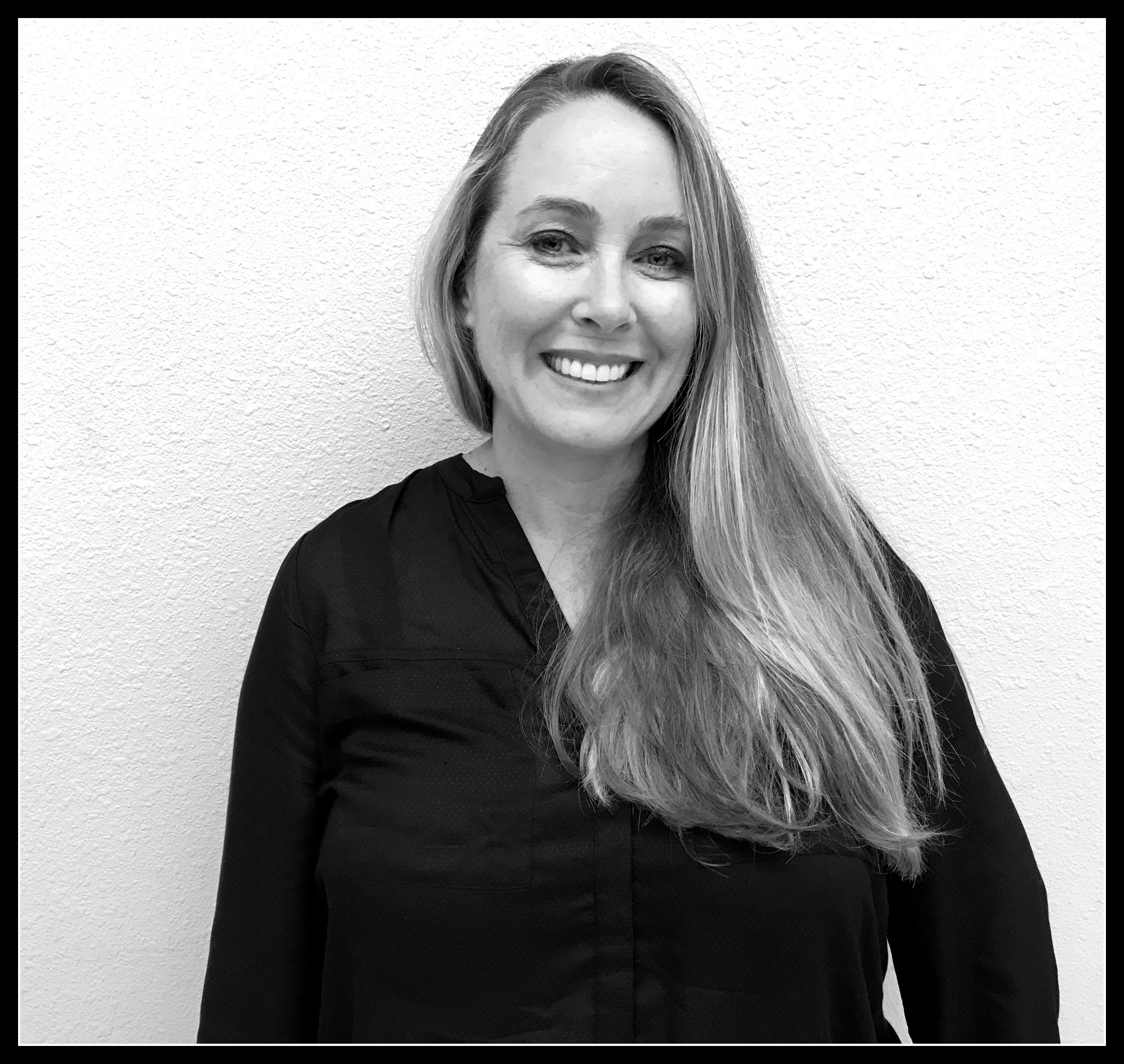 Kristie received a BA from SDSU in Linguistics, an MA in Italian studies from Middlebury College, and her PhD from UCLA, with a specialization in laboratory phonology, the phonetics-phonology interface, and Italian Linguistics. Kristie was a Fulbright Scholar at the University of Naples, Italy, where she specialized in Italian Dialectology.  After leaving UCLA, Kristie studied Speech Science and Communication Disorders and Cal State Northridge. She has taught Linguistics, Italian, Spanish, and French at UCLA, Cal State San Marcos, Pasadena City College, and MiraCosta . Her C.V. can be found here. 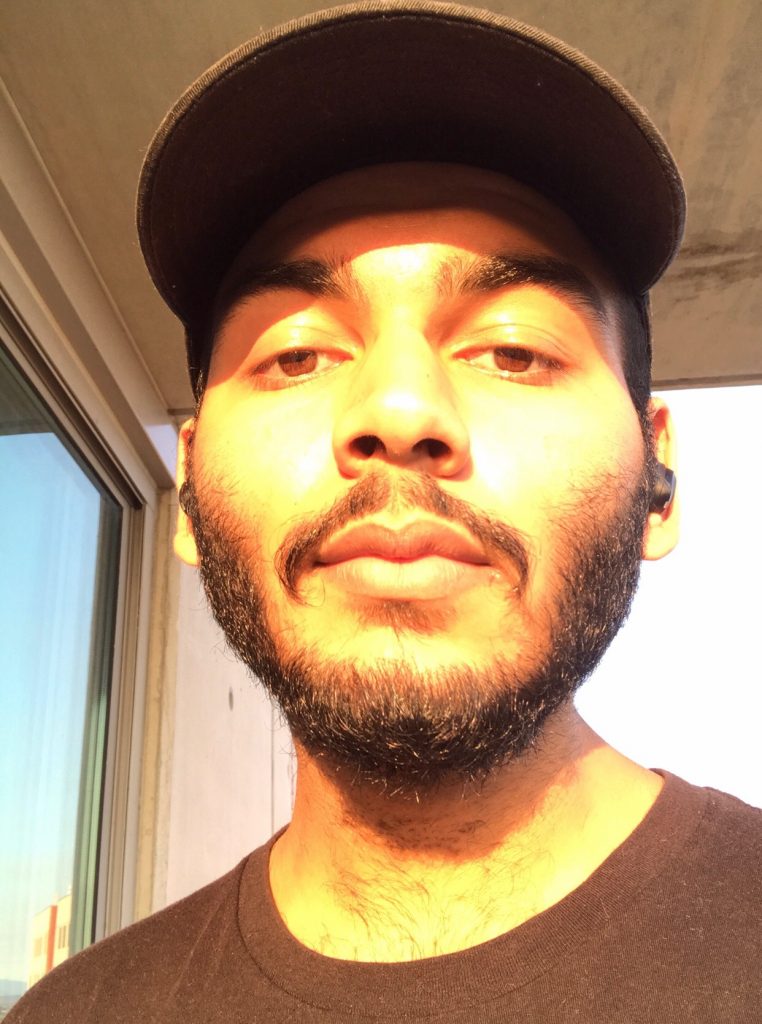 Jashan is a fourth-year undergraduate student at UC San Diego originally from the Bay Area. He is currently studying Cognitive Science with a specialization in Human Computer Interaction. Currently, he is the Transfer Representative for ERC's Student Council and spends time advocating on and off campus. He is very interested in language comprehension along with speech production and in his free time, he loves to go on hikes, cook new recipes for his friends, and play Smash Bros. 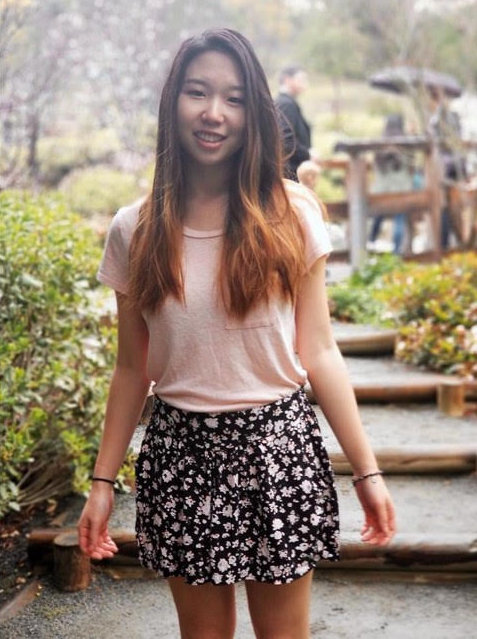 Jean is originally from Riverside, CA but has lived in South Korea for 9 years during her lifetime. She is currently a third year undergraduate student majoring in Cognitive Science. She is mainly interested in second language acquisition and social learning in children, and hopes that through her research she can advocate bilingual education in near future. Other interests outside of school include piano and golf. 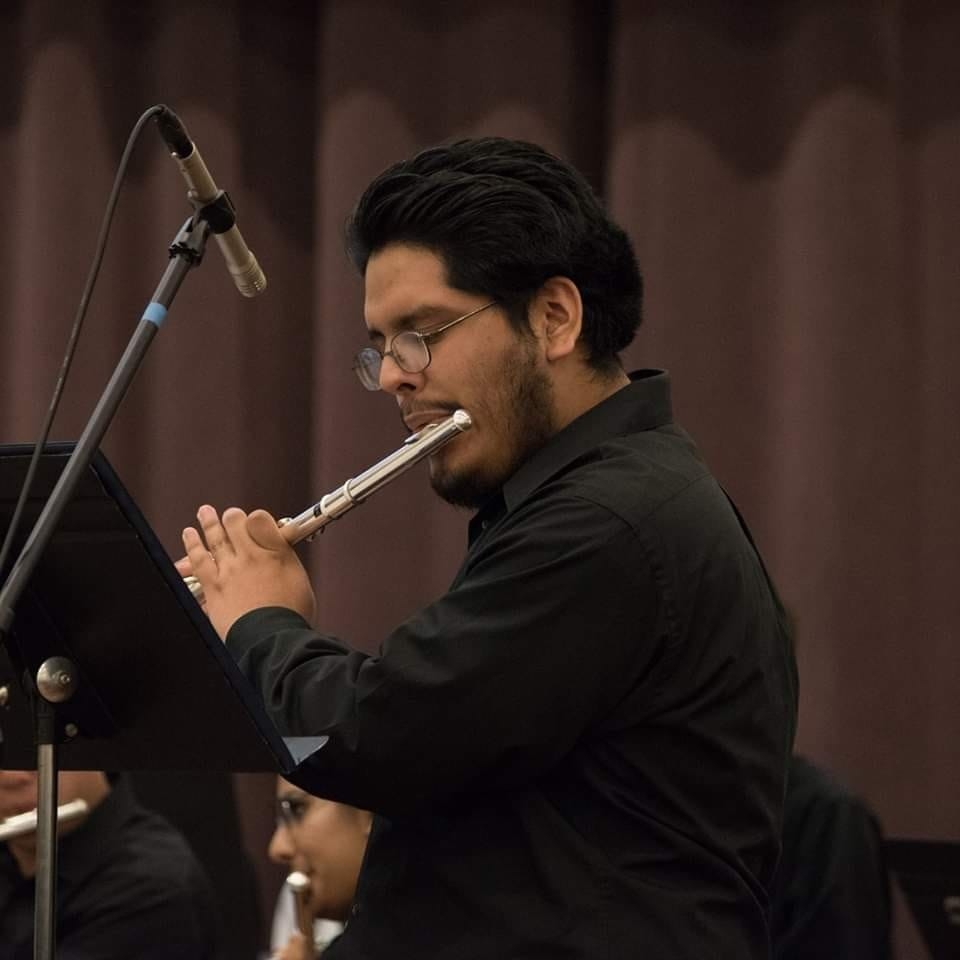 Jose is a third-year undergraduate student at UC San Diego originally from Arizona. He is currently on track to graduate in Spring 2021 with a BS in Cognitive Behavioral Neuroscience, a BA in Cognition and Language, and a Minor in Music. His primary focuses are Computational Linguistics and Cognitive Neuroscience. Apart from his studies Jose is also a devoted musician, having learned 5 instruments and playing in multiple ensembles every quarter. He is also a student worker and is currently a Student Manager at one of the catering units on campus. 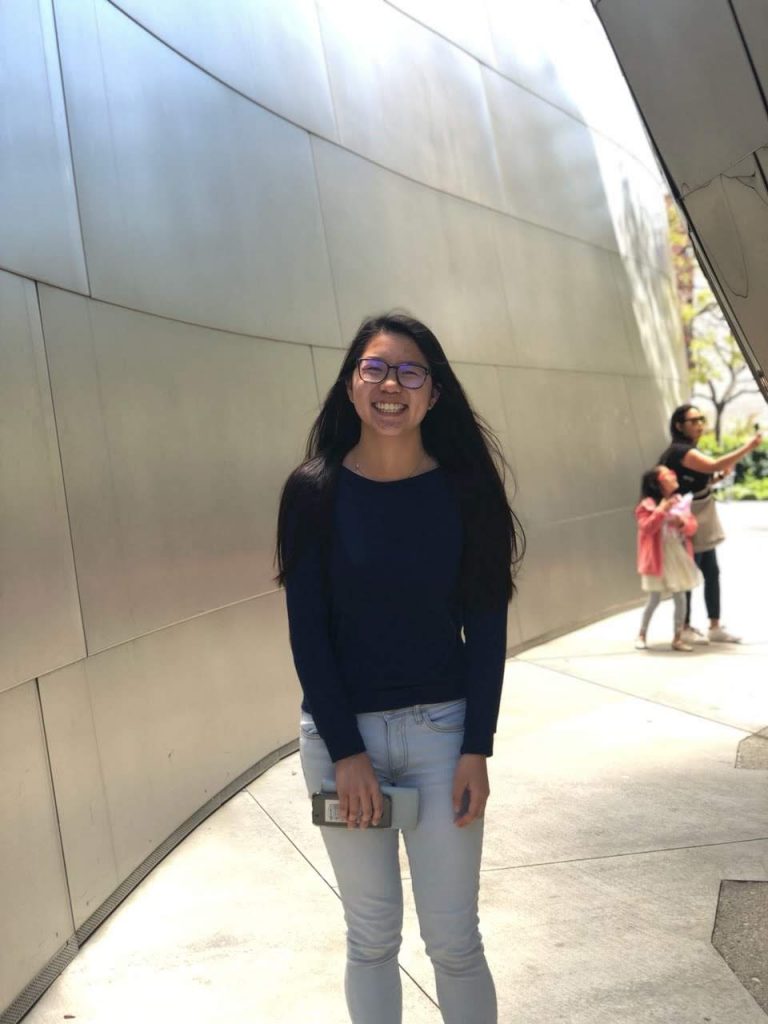 Cheyenne is from Los Angeles, California. She is currently a second year undergraduate student majoring in linguistics with a specialization in speech and language sciences and minoring in human developmental sciences and psychology. She is pursuing a career in speech language pathology and is interested in speech production as well as language acquisition and processing. In her free time, she loves going to the beach, watching TV, and baking. 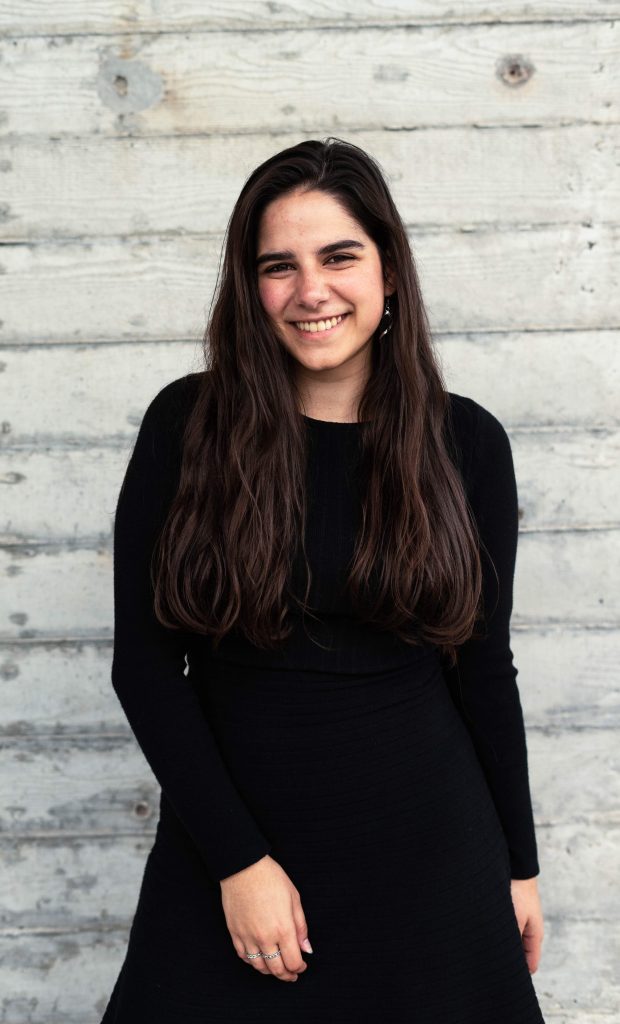 Liana is a second-year undergraduate student majoring in Cognitive Science. She has lived in both San Diego and São Paulo, Brazil. This led to her interest in bilingualism and how it affects learning and memory. She loves working with children and is looking forward to learning more about child development and education in her undergraduate career. Apart from academics, Liana loves music and is part of the Daughters of Triton, UCSD's premier all-female a cappella group. 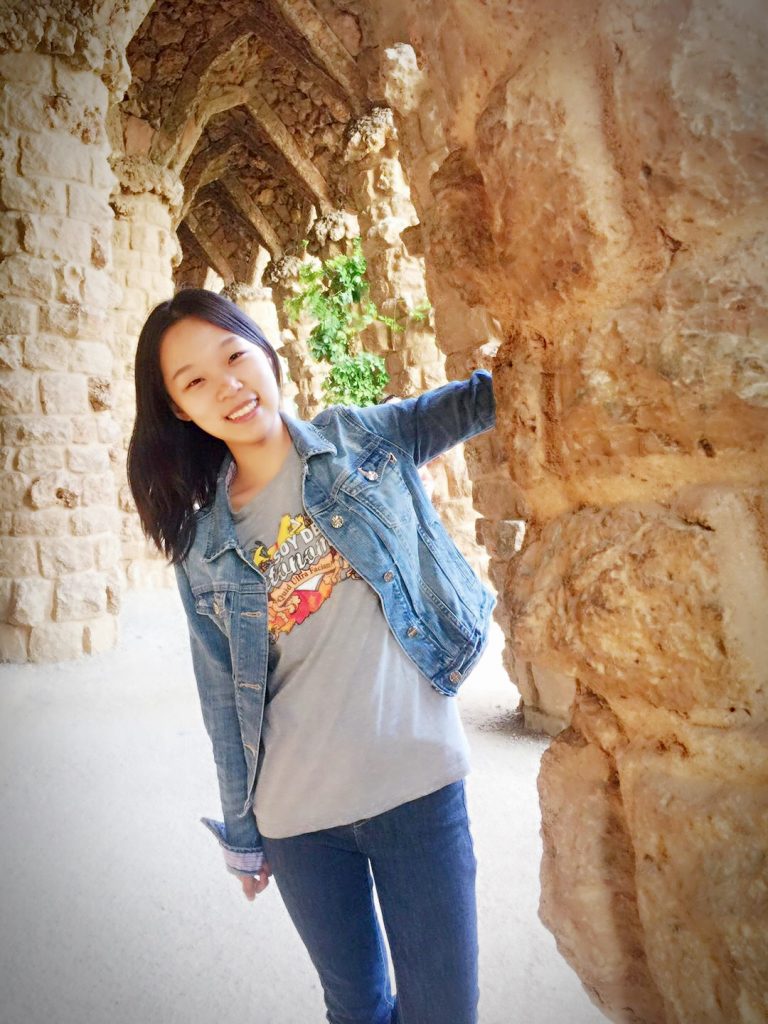 Yike is a visiting student from Peking University, China. She received a BA in Spanish and is
expecting a BS in Psychology. Being native in Chinese and fluent in English and Spanish, she is
especially interested in tone and non-tone language comparison. Apart from that, she plays
accordion and is learning French and Japanese. So broadly speaking, she is interested in all music
and language relevant things. Other interests include reading, traveling and cooking. 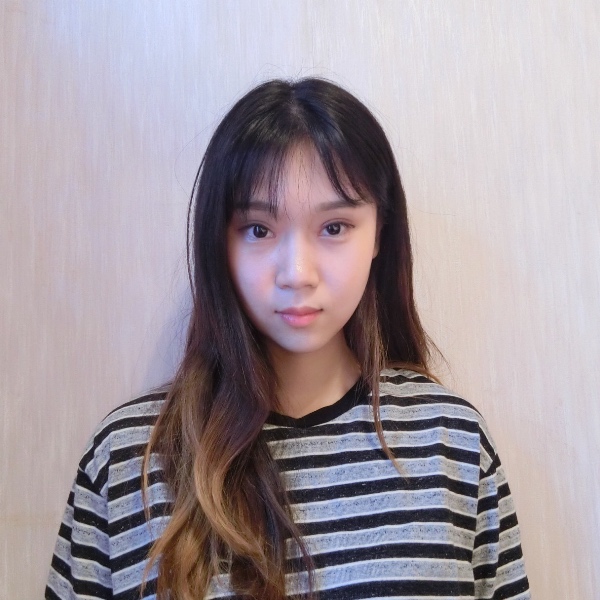 Zhenxian is majoring in Cognitive Science specialization in machine learning and neural computation, and expecting to graduate in 2020. Currently, she is helping with the experiments on the relationship between native language background and bilingual, monolingual speakers/listeners. Meanwhile, she is also working on my own project, which studies how monolingual and bilingual pronounce vowels differently. 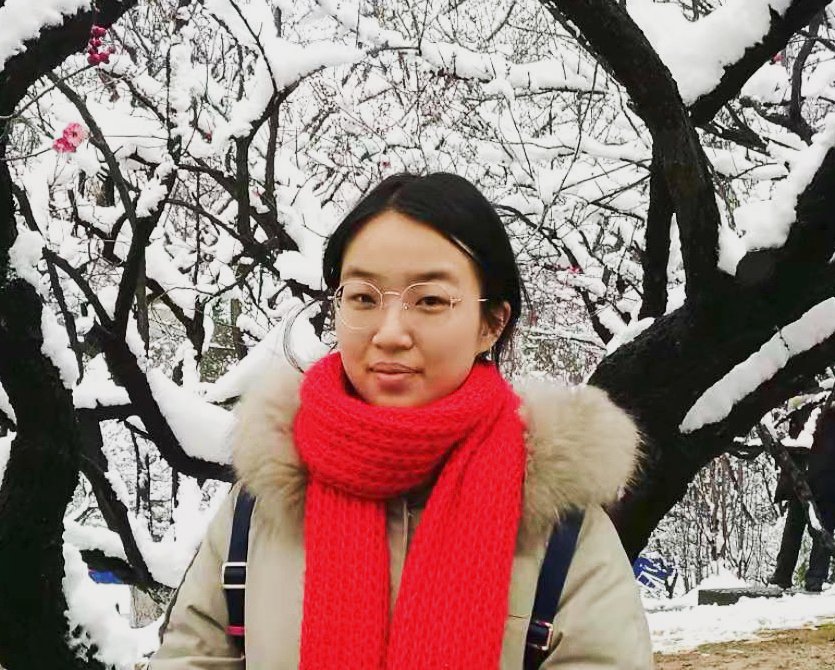 Yinxuan is a first-year undergraduate student at UC San Diego majoring in Mathematics-Computer Science. She is interested in transforming abstract languages into concise data with algorithms and other programming techniques. She has rich experiences about programming competitions and has been selected to be the member of UCSD ICPC (International Collegiate Programming Contest) team. Besides, she cares about education for children and has participated in CS Outreach events for students from high-poverty schools. She is also a big fan of Jay Chou’s music and wishes to get his music festival ticket. 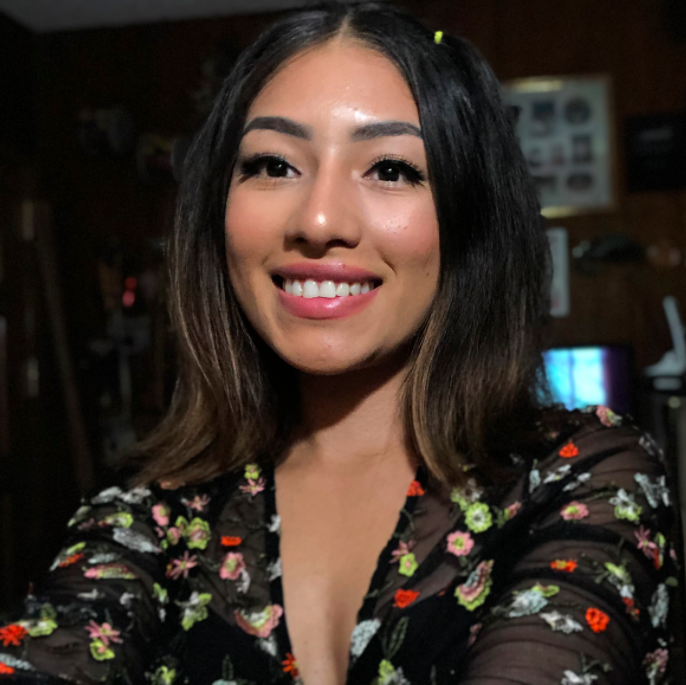 Heidy is a senior majoring in Human Development with a Specialization in Equity and Diversity and minoring in Psychology. She enjoys learning about bilingualism, child acquisition, cognition and social interactions. She also volunteers in the Mind and Development Lab and is the Vice President of HDSA. During her spare time, she enjoys dancing bachata and salsa. 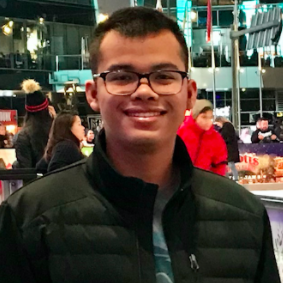 Sebastian Nunez is from Los Angeles, entering his fourth year at UCSD, majoring in Cognitive Science with a Neuroscience specialization. Having benefited from speech therapy as a child, he is interested in auditory processing and a career in speech and language research. Outside of his studies, Sebastian's lifelong passions include surfing, playing guitar, and anime in all its forms. 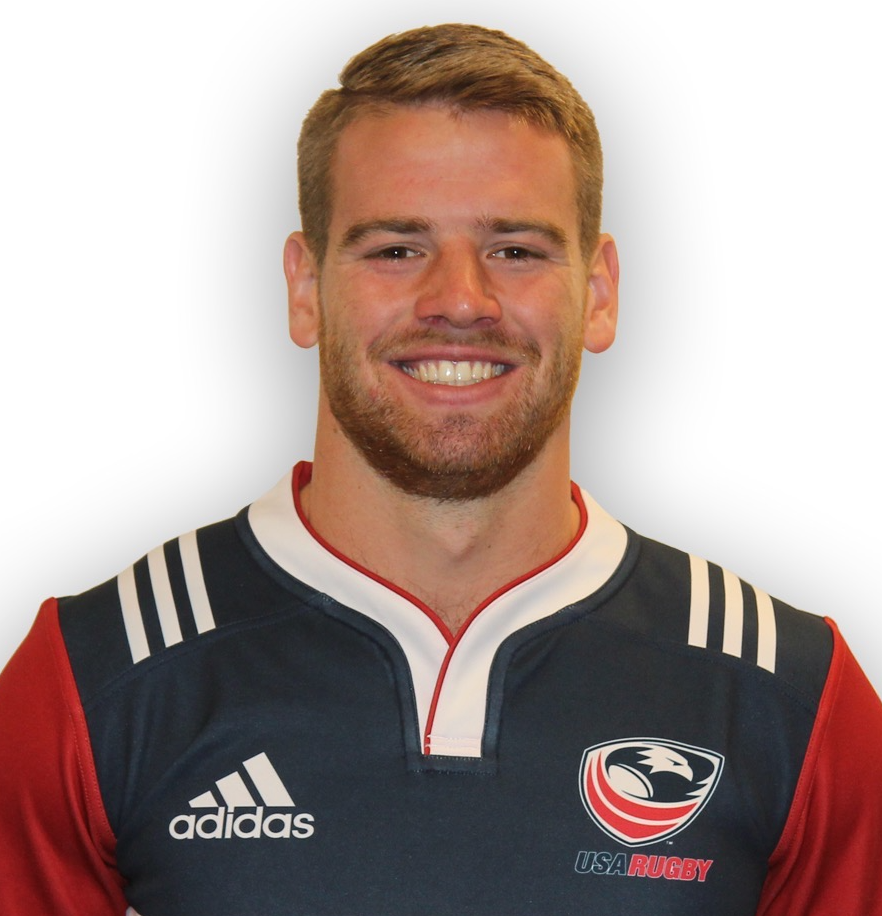 Nick is a UCSD Extension student studying Cognitive Science. Originally from Sacramento, he earned a bachelors in finance from UC Berkeley before realizing a passion for neuroscience. He is interested in language acquisition, learning, attention, and the influence of mood on cognition. Outside of school Nick plays rugby professionally, enjoys playing guitar and piano, and surfing. 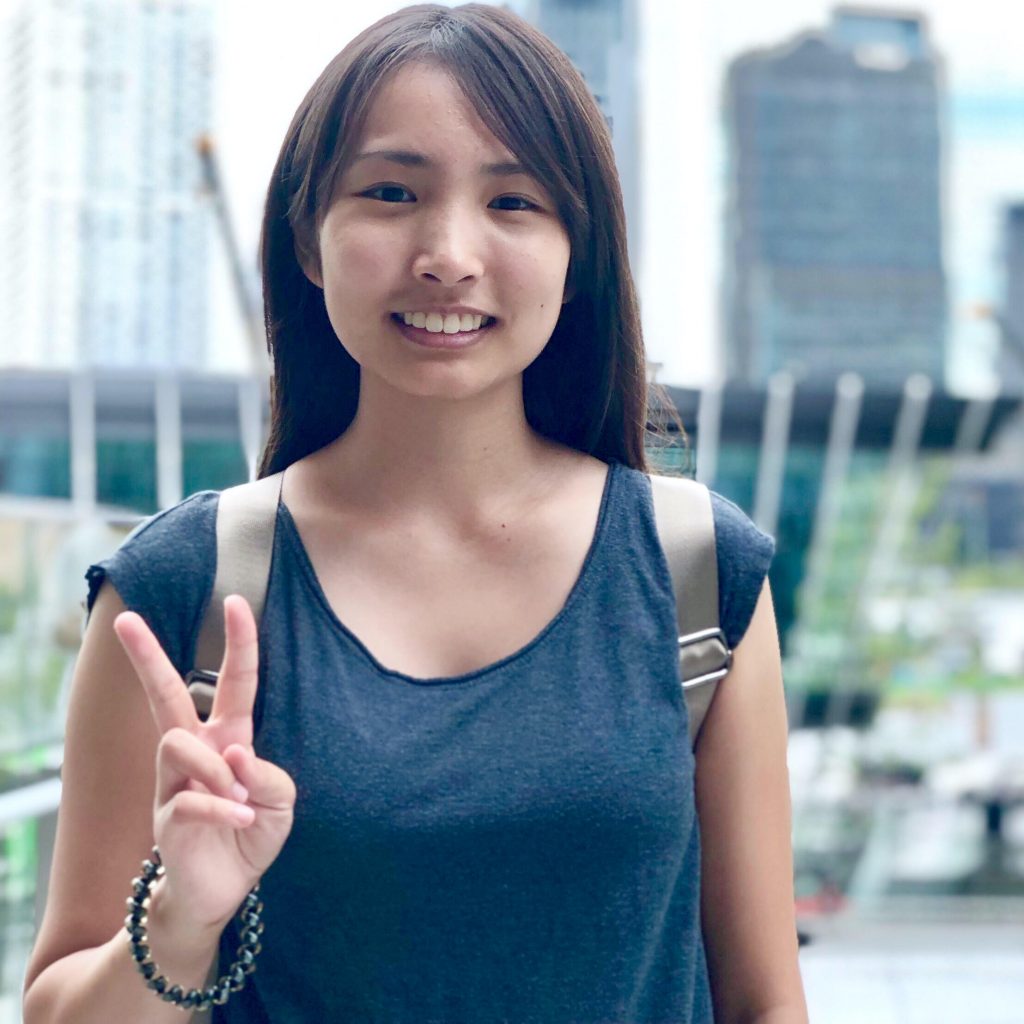 Niki is a 3rd year Cognitive Science major specializing in Neuroscience. As she grew up in Hawaii, she was been exposed to many cultures, including her own home that speaks English and Japanese equally. She is interested in bilingual language acquisition because of this background. Outside of the lab, she enjoys reading and drawing. 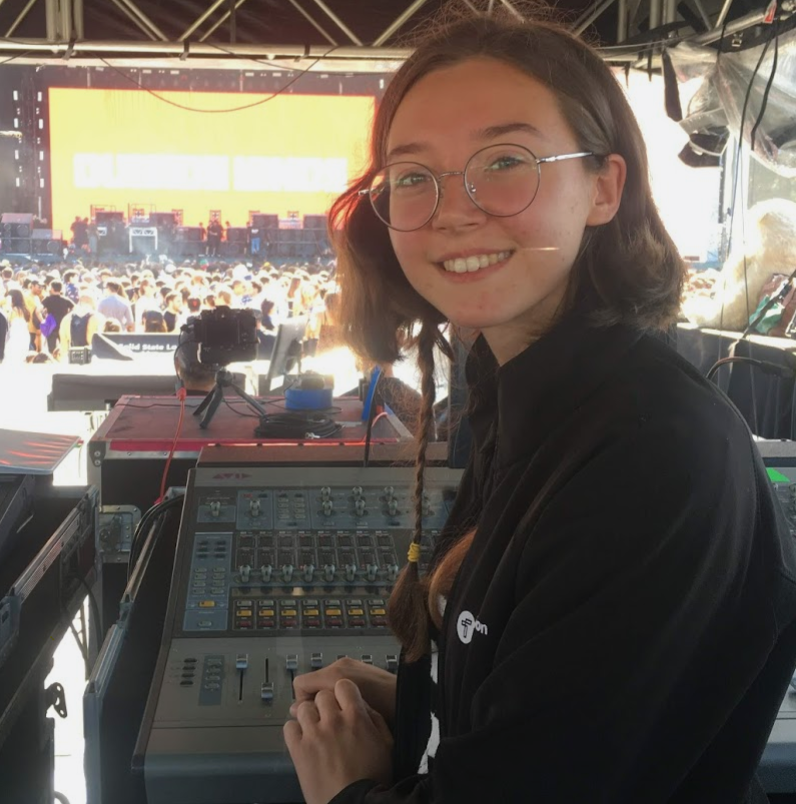 Krystyna is a fourth-year undergraduate at UC San Diego majoring in Cognitive Science and minoring in Music and International Studies. She is interested in music cognition, ethnomusicology, and language acquisition. Aside from her studies, she is passionate about producing music as her alias, Krystyna Koi, as well as learning new languages and traveling. 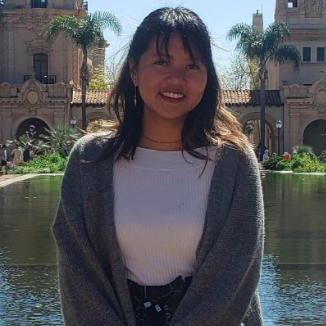 Emily is currently a 4th year undergraduate student majoring in Linguistics with a Specialization in Speech and Language Science. She loves working with children and plans to become a speech pathologist. She is especially interested in working with bilingual children. In her spare time, Emily enjoys collecting stationary, volunteering, and traveling.

If you are a past Creel Lab member and don't see your information posted above, please email Sarah Creel at screel@ucsd.edu when possible.

(Also tell us how you are doing, we miss you dearly!) 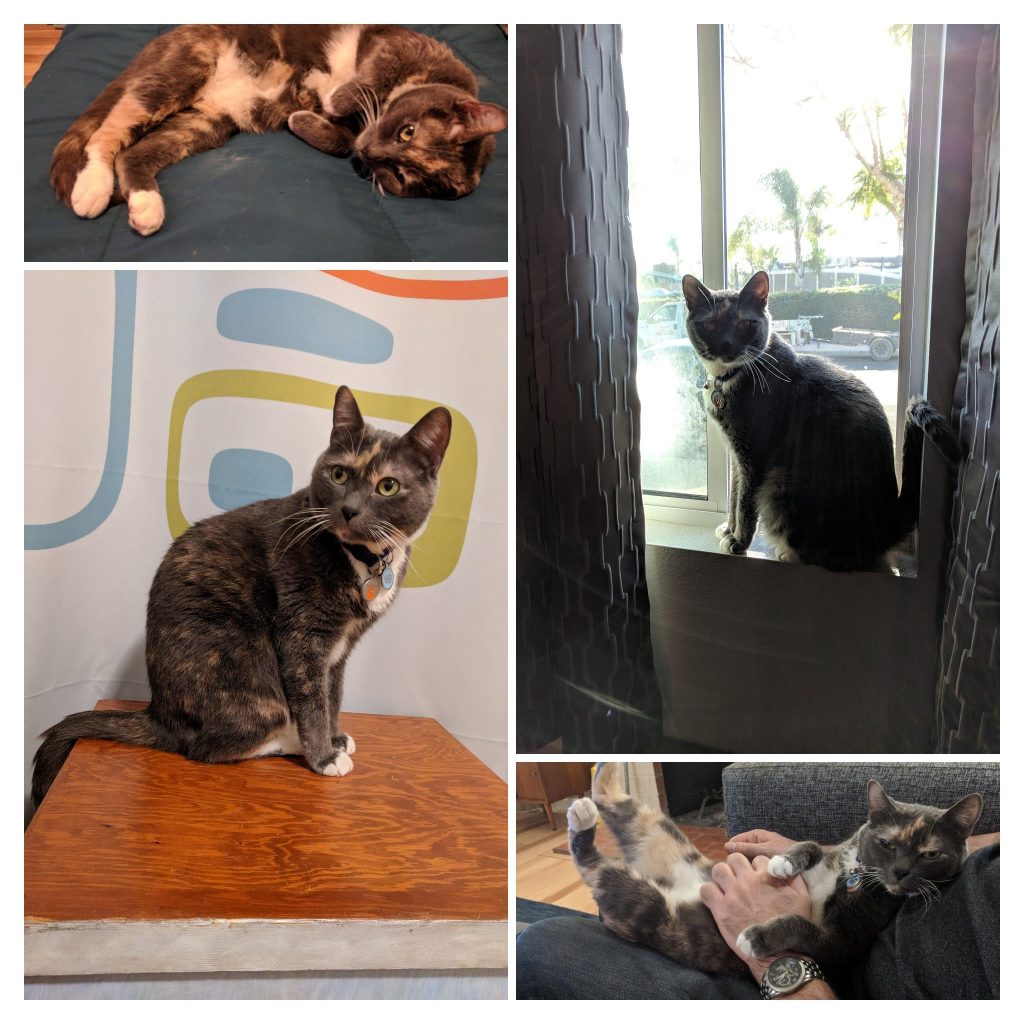 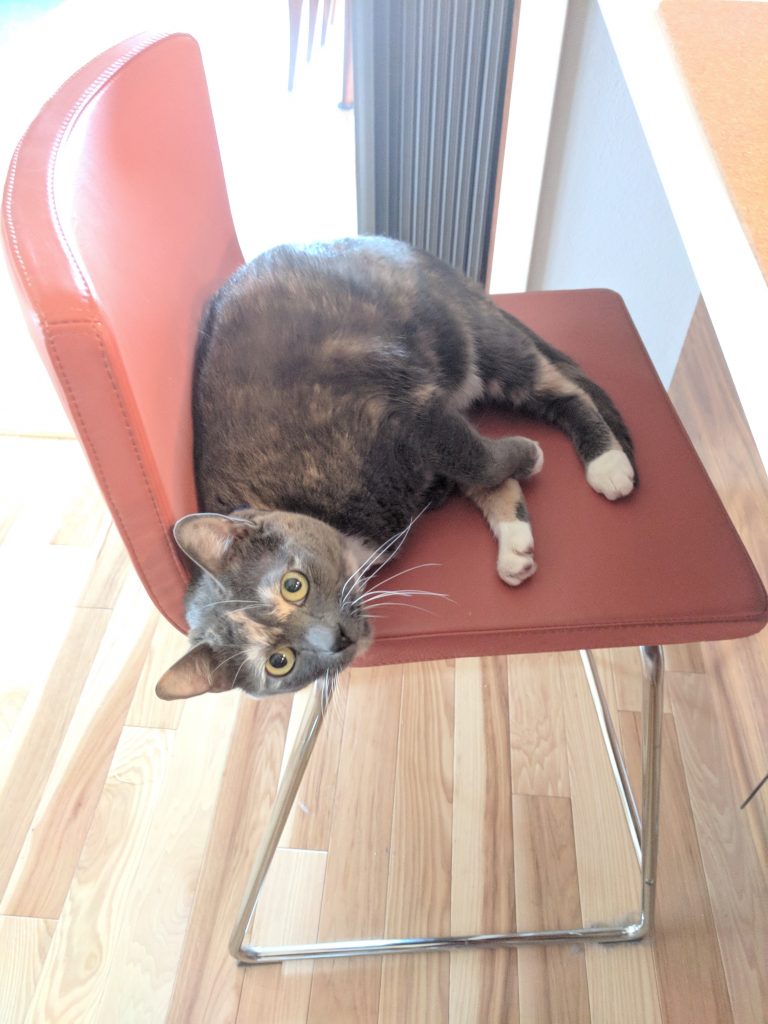 Can you sing "Twinkle Twinkle Little Star"?
- "No I need an instrument."

While looking at a picture of an ear during the computer game:
- "That's my daddy"