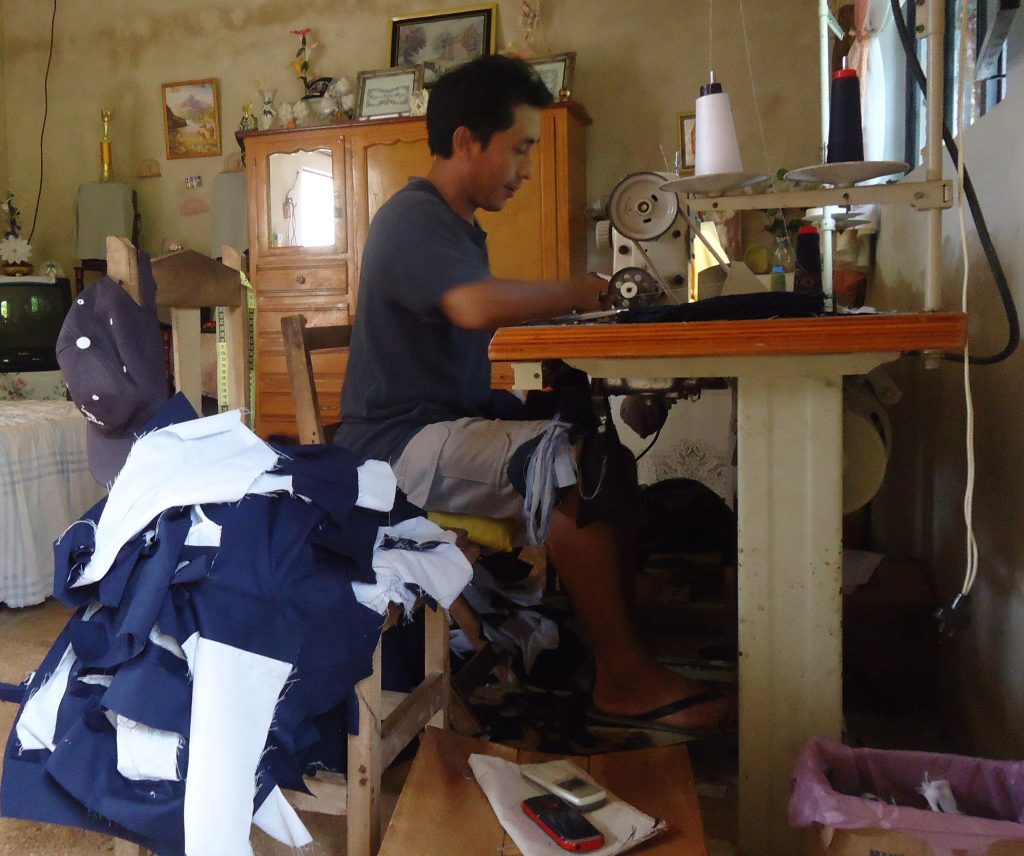 My most recent project is mapping the dynamics and forces at play in the production of textile crafts and hotels’ uniforms in the Yucatan Peninsula. Specifically, I am looking at the social and spatial re-organization of inland Yucatan villages around domestic maquila systems (‘pulling-out’ systems). Building on anthropological debates on the effects of financial capitalism in shaping geographical spaces and contemporary labor and kinship relations, I am exploring the contradictory results of domestic maquiladoras in a Maya village specialized in the manufacture and distribution of guayaberas (traditional four pocket shirts). This system of production has transformed the village into an extremely vulnerable and fragile space, totally dependent upon the demand of the garment in the tourism markets. And yet, at the same time, it has contributed to create a thriving population with increasing material wealth, less oppressive gender norms within the family, and a generalized sense of well-being (buen vivir).

I am currently working on the production of a short ethnographic documentary film entitled “Staying put: an educational documentary on domestic maquilas and tourism in Mexico”. This documentary is an interdisciplinary and collaborative exercise co-produced with the award-winning documentary filmmaker Yolanda Pividal, from The Jacob Burns Film Center, New York. The project has received financial support from The UC San Diego’s Non-Senate Faculty Professional Development Fund (2015, 2016). The documentary will translate ethnographic knowledge on global-local relations, uneven development, tourism and gendered globalization into the world of audiovisual storytelling.