Does globalization mean the extinction of cultural diversity? Many would argue that we are witnessing the rise of an “increasingly homogenized popular culture” heavily influenced by the Western world—ideals, values, and culture (Steger, 75). In chapter 6 of Worlds Apart: Modernity through the prism of the local titled “Learning to be local in Belize: global systems of common difference,” Richard Wilk makes the argument that “replication of diversity can produce homogeneity” (111).  For instance, American sociologist George Ritzer contends that fast-food restaurants are not only dominating “more and more sectors of American society” but also those all around the world—which is also known as ‘McDonalidization’ (76).  As fast-food industries worldwide begin to adapt the same health standards (or lack thereof) of stores like McDonalds, health becomes a central concern for consumers globally. In Julien Cayla and Giana Eckhardt’s Asian Brands and the Shaping of a Transnational Imagined Community, they point out that people become united through common brand experience rather than national belonging (220). Further, this leads to a deeper shared experience of globalization. The more people consume and interact in the same name brand culture, they begin to feel connected despite the distance. Although people are far apart, there is a sense of a global community founded on sameness through global brand cultures rather than cultural diversity. However convincing the argument of the world inevitably being completely homogenized into one whole global village, this view is too deterministic. There are some definite limitations to this view.

Are fast-food restaurants really identical all across the world? In order to have a clear picture of how fast-food chains are worldwide, it is important to have a situated view on the ground. Steger says, it is one thing to “acknowledge the existence of powerful homogenizing tendencies in the world, but it is quite another to assert that the cultural diversity existing on our planet is destined to vanish” (77). By looking at the different food items on menus around fast-food restaurants, we see that many styles of food have been appropriated—“the borrowing and changing the meanings of commodities, cultural products…by putting them into new contexts”—rather than made in the exact same manner (Sturken & Cartwright 2001). The following are some examples of food items that are only found on fast-food menus in particular countries: 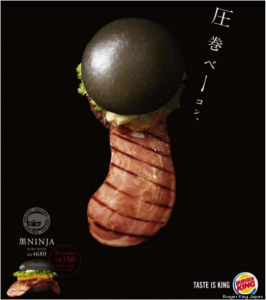 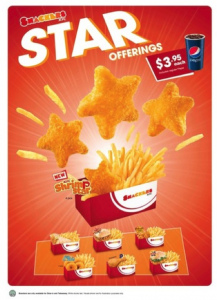 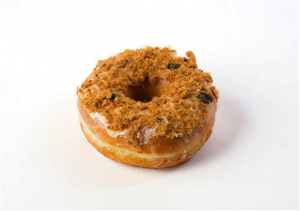 …AND last but not least, the “Lamb Burger” at McDonald’s in Australia
Mc Donald’s BBQ Lamb Burger – An Australia Day Burger

All in all, globalization does mean sameness but it also still means difference. Although the world does have strong homogenizing tendencies, that does not mean the ultimate extinction to the diverse “cultural rainbow” as we know it (Steger, 75). Finally, it is important to consider that the idea of complete homogenization assumes there is only a one-way flow from the West to the rest of the world. Also, it fails to recognize that people have agency and control over our actions. We are not all just passive shoppers or designer in the marketplace. Meanings and values are negotiated, not just absorbed.  Overall, there is a complex interaction of homogenizing global tendencies in tension with cultural diversity. One does not necessarily mean the end of another. As Frank Sinatra sings in Love & Marriage, “You can’t have one without the other.”

Click here for more photos of “Fast Food Around the World”: http://www.businessinsider.com/fast-food-from-around-the-world-2014-4