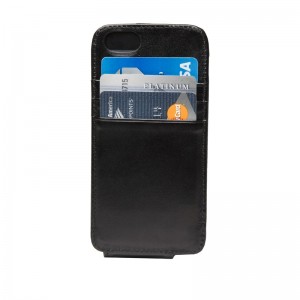 iPhones and smartphones in general have been changing the way communication works in our society. We have found it to be so extremely prominent and convenient that it seems as if at least every other person you see is an iPhone user.

In a society where technology has been heavily growing, Apple‘s iPhone has been a huge contribution and a major factor in the ways media in used in several different ways. If you think about it, our phone applications have compressed  our calendars, GPSs, cameras, music players, our computers, and even more all into one single gadget.

Passbook and other applications such as the Starbucks application have also taken the iPhone to another level, where one is able to use the phone to conveniently pay without opening up their wallet. If you think that’s crazy, think about how it would be if The Next iPhone Could Forever Change How We Spend Money.

Where we use our phones as a means of communication, Apple Inc. has discussed with banks and credit card companies such as Visa, MasterCard and American Express,  enabling iPhone users to use their phone as a payment with a touch of a fingerprint or a passcode on the upcoming new iPhone 6.

Over 50 percent of Apple’s revenue comes from the iPhone product, and where majority of adults have a smartphone, “they’re going to want the iPhone 6 because it’s going to start to actually replace their wallet.” With a current and maintenance in the progression of iPhones, wouldn’t this seem like it would promote non smartphone users to get an iPhone, thus cultivating the use of communication through a phone?