SORM-2 is a system, which allows Federal Security Service (FSB) to monitor the telephone and Internet communication. Under the law of SORM-2, Russian Internet service providers (ISPs) are required to install a special device on their servers for FSB to track all the information online where they can even track specific words such as bomb, and government in online conversation and writing. It allows the FSB to track and monitor every credit card transactions, website usages and even e-mail. The device estimated to cost about $20,000 and it must be installed at the ISP’s expense. 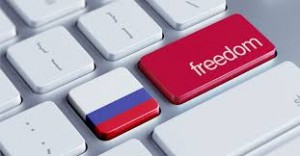 Recently, Russian Prime Minister Dmitry Medvedev signed to expand SORM-2 to reach to online social networks, chats, and forums, where people send and receive message each other. Now social networking services such as Facebook and Google are now obligated to install the special device that allows Federal Security Service to monitor the Internet. This big change blocks freedom of people from using Internet.

The decision Medvedev made to extend Internet surveillance to social networks was a big surprise to the country, and especially to Russia’s Internet companies. The largest search engine website, Yandex announced that they have never received advance notice regarding the change they made. 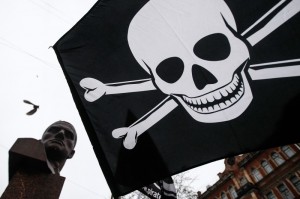 The article talks about how most of the Internet users in Russia do not have to worry about the recent change since it will not affect them anything. The system did not change to threaten Internet users. But Internet users might think that they are losing freedom of using Internet. If the users feel that someone is monitoring them while they are using Internet, they will feel pressure, trying to avoid expressing opinions, which might cause potential trouble later. On the other hand, for authorities, expanding SORM-2 monitoring control to social networks might help them to find and catch the unknown criminals in the country.