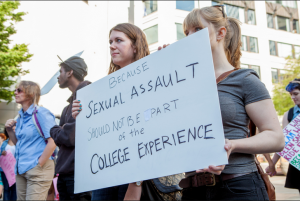 Sexual assaults have been a issue affecting higher education on many college campuses. The state of California is starting to pass a bill to define sexual consent as “yes means yes“.

The bill defines consent to sex as a presence of “yes” rather than a presence “no”.  In addition, if the bill is enacted then the bill would make any private or public colleges in California adopt a student conduct policy requiring students to agree upon a “affirmative, conscious, and voluntary agreement to engage in sexual activity,” as a condition for state funding. In practice, colleges would be required to use the bill’s definition to educate its students about sexual assault. 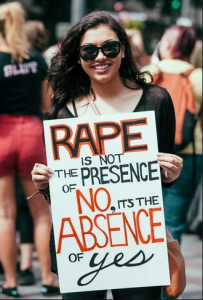 This bill comes after more than a year of pressure from the federal government, Congress, and student activists. Governor Jerry Brown will be reviewing the bill soon by the end of this week.

I believe that this definition of sexual assault by this bill creates a cultural shift about the consent. It makes it more confusing to advocate the wrongs about sexual assault. In addition, sexual activity consists of different levels because there are different views about sex. One person can deem someone groping another person as sexual assault while others could accustom to see it regularly. There is no standard definition about consent to sexual assault and a standard doesn’t reflect the real interaction between human beings during sex.

For this bill to pass, it leaves out a portion of student public opinion because it is based off of administrative and government actions. The spirit of the law versus the letter of the law becomes a topic of discussion because of the language of the bill. Implications and literal meaning of the bill can be controversial but the overall goal of the bill is stop sexual assault.