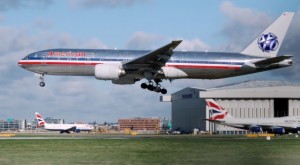 There is always the question of how powerful social media can be; in John Smedley’s case it can be very powerful. Smedley is the online entertainment producer for Sony, and only a few days ago flight 362 was diverted due to a social media threat via twitter. “The tweet came from an individual or group called Lizard Squad.” This threat is an example of how social media can have strong effects; the effects were so strong that a plane had an emergency landing where, “They took us off the plane, searched all of our luggage with dogs and put our on-board luggage back, and sent us to the terminal, and we waited,”

This is one of many examples of how powerful social media can be; these threats are taken seriously and people need to be aware of what the consequences of a hoax or prank can be. Media is transmitting messages to a more powerful extent then before and people need to take it seriously. Pranks can’t be played in such a serious manner on the Internet; now a day everything reaches the masses so quickly that something that starts out as an innocent prank (or in this case an intended act) reaches everyone in moments.

Proclaiming that Morgan Freeman is dead starts out as a joke, but look at how frequently he “dies”. This bomb threat is an example of how social media has influence on society. Whether it starts as a joke or if it is a serious statement what we post on social media sites like twitter can reach the masses in moments.