There seems to be absolutely no trust towards the police after the incident of John Brown in Ferguson. Missouri. The conflicting reports of John Brown’s death from the police, witnesses, and Brown’s autopsy report has citizens furious.
The tragedy in Ferguson is not the only one that shows police brutality and racial tension during the last few months. Erick Gardner was choked to death by NYPD because he was innocently breaking up a fight. Kajiem Powell was also shot by St. Louis police because he was “acting erratically”. 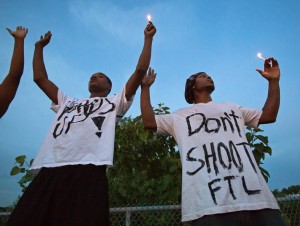 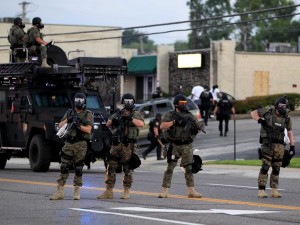 A petition was created on August 14th, 2014, by “J.C.” requesting that all police officers wear body cameras. More that 140,000 signatures have been submitted, which requires a response from the Obama administration. 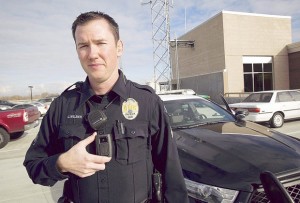 Body cameras made by Taser have been used by California police officers and shows effectiveness. A Cambridge University study done in RIALTO, California states that “officer worn cameras reduced the rate of use-of-force incidents by 59 percent” and also “led to an 97.5 percent reduction in complaints” from citizens.
Relating this device to our class, it connects to McLuhan’s “Medium is the Message” because the introduction of body cameras drastically changed the behaviors of the police officers in a more positive way and also affected the way citizens view the police.

These cameras cannot be edited or deleted, making them more trust-worthy, but they are also expensive. You not only have to purchase the camera, but also cloud storage for the content.

The Ferguson police are physically enforcing all media recordings going on during the tension. So these body cameras may be the only way for them to act ethically and reveal the truth. 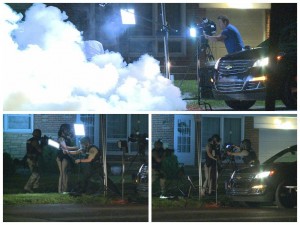 “Ferguson police fire tear gas near Al Jazeera crew, then disassemble the gear after they flee”