According to the Oxford Dictionary, twerking is an act where an individual, usually a female, “dance[s] to popular music in a sexually provocative manner involving thrusting hip movements and a low, squatting stance.”

Said to originate from African descent, the basis of the essentials of twerking—a dance move that focuses its energy on the buttocks and hips, have existed for centuries and was usually performed by elderly women when a song with a certain type of ‘praise’ is involved. However, this traditional West-African dance move just recently took its own modern spin after its appearance in New Orleans’ bounce music scene in 1993, prompting its widespread popularity within American dance and strip clubs. Even then, twerking has known to be more focused amongst African-American populations. That is, until Miley Cyrus took the entire movement into a whole new phase with her performance at the VMAs last year. 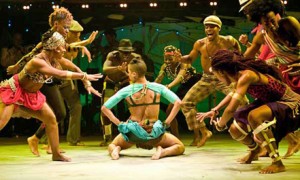 With the help of superstars such as Cyrus herself, the glorification of twerking and ‘dancing dirty’ have spread like wildfire within young populations. The dance move have since then been incorporated in hit songs such as “Ass Down Twerk” by Caked Up, and “Twerk It” by Busta Rhymes, all of which boasts an appropriate beat for twerking. 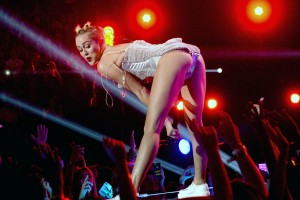 Therefore, with twerking so engrained in modern dance culture, its hard not to question the effects that it has on society—particularly the female population. Some may argue that twerking is terrible and degrading, as it tends to have a negative connotation against individuals who decide to twerk in clubs—the dance move is often considered to be too suggestive and not classy. However, my opinion is that twerking may actually have some positive impacts on the female body image. 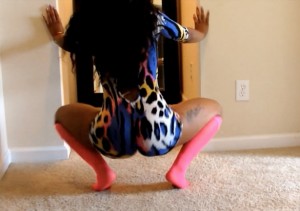 Modern society have long taken its liking to idolizing model-thin girls, promoting single digit sizes, ultimately shunning those who may be larger in size. Body image has long since been the root of many teens’ low self-esteem problems, as well as other diseases such as anorexia and bulimia–so much so that a whopping 81% of teenage girls at merely the age of 10 have a fear of being fat. Young females were under the impression that having any meat on their bodies is considered ugly and undesirable. However, with the emergence of twerking and other social movements such as the acceptance of larger bodies as well as the development of “fatkinis”, there is a noticeable acceptance for larger buttocks and a ‘healthier’ bodies. Of course, this particular statement is somewhat subjective and there is still a prevalent issue with girls attempting to look like the models that appear on the magazine, but the promotion of healthier bodies and better self-image is starting to appear in a wider spectrum of populations across America. Encouragement of having ‘meat’ on their bodies and praise of a ‘booty’ in many pop culture songs have started to emerge, as well as the support for female confidence. Although some may argue that twerking reinforces the degradation of women, I in turn feel that twerking is a gateway to the freedom of self-expression, and a way for women to be proud of the bodies that they have.