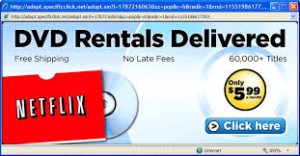 We all get them and we all hate them; yes, I’m talking about pop-up ads. These ads never fail to annoy you and even give you viruses, and recently their creator Ethan Zuckerman even apologized for this plague he brought upon the internet. Zuckerman claims that, “I wrote the code to launch the window and run an ad in it. I’m sorry. Our intentions were good,”  yet somewhere along the line these pop ups became the daily hassle of visiting websites.

He discusses how these ads went from being a harmless act to a mass advertising technique, “Some business, like Yahoo and Gawker, make money off ads, but most don’t, according to Cegłowski.“But most businesses use advertising in a different way. Their revenue source is investor storytime,”Zuckerman wrote, defining it as “when someone pays you to tell them how rich they’ll get when you finally put ads on your site.”

Ads are now used everywhere to get a product out and you even find them intentionally placed on sites like Facebook, or Twitter. Zuckerman states that even though you may not want the ad, “Most online advertising doesn’t follow your interest; it competes for your attention. It’s a barrier you have to overcome (minimizing windows, clicking it out of the way, ignoring it) to get to the article or interaction you want.'” This advertising tactic was unlike advertising ever used before. It wasn’t even aimed at selling a product, but it just gathers your attention by having to escape its grasp.

These ads have become so mainstream and popular almost everyone knows what pop-ups are or has encountered one at some point or another, but what would internet have been like without them? Was their creation inevitable? Would it alter the internet that much from what we have today? 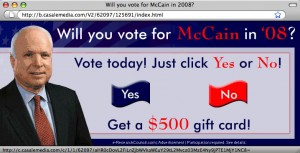 I think one way or another pop-ups were bound to make an appearance in internet, and even if they didn’t so many computers have become so advanced that you can easily maneuver your way around them. One thing is for sure though, the internet would be a different place if Zuckerman had never introduced them.