On Tuesday, August 19th the Islamic State released a video (link below) of its soldiers killing and beheading American journalist James Foley. These radicals are believed to have other U.S. citizens captured and held hostage also. In response to this gruesome video, the U.S. launched a bombardment of new airstrikes against the Islamic State radicals, as well as sending more American troops to Iraq under the command of President Barack Obama. The number of U.S. troops in Iraq will now reach over 1,000 if this order is passed. 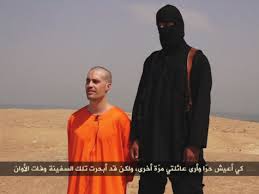 The Islamic State’s reasoning for this spiteful killing of James Foley, is due to the U.S. airstrikes that began on Aug. 8th against the activists in Iraq. After the recent airstrikes launched by the U.S. after the James Foley video the number of airstrikes have reached a total of 84. The Islamic State claims that James Foley’s death is a precursor of what will happen to the remaining hostages if the airstrikes are not ceased.

Recent speculation of the Islamic murderer in the video has created an assumption that he may in fact be a British jihadist based off of his English accent. London’s Prime Minister David Cameron and experts say that many British activists have travelled to join jihadist groups and have been posing threats ever since. 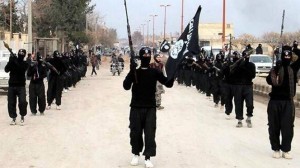 In recent months, Islamic State rebels have indicated that their leader, Abu Bakr al-Baghdadi, has several surprises for the Western World. Hinted through their conversations, passages through Europe and the U.S. seem vulnerable to attacks. Many of the Islamic State members have come from multiple areas across the globe and there is no telling where their next target is.

Here is the video link below…CAUTION!!! It is very graphic and I strongly recommend if you do not think you can handle it then you shouldn’t watch it. It has been taken off of the internet for obvious reasons. The graphic part begins at 4:21.