For the past two years or so, more now than before, there has been a rising focus on the issue of net neutrality.  Earlier this year in the case of Verizon v Federal Communications Commission the supreme court ruled that the FCC had overstepped its power in trying to regulate internet service providers  through the Open Internet order of 2010  (Wikipedia). Therefore, what they trying to do was unconstitutional.  However, time and time again the issue of whether we should all have equal access to the speed bandwidth of the internet through the service providers has been on dispute. As we have learned in class their has been a partnership between the desire of keeping the speed of the internet equal for everyone by the people and businesses like Netflix, Amazon and Google. This in itself has been a once in a lifetime experience because usually business and people are on different extremes. Unfortunately, this might come to an end.

Four days ago, I came across an article by Tom Risen called Net Neutrality: FCC May Regulate Internet like Phones. The article mentioned that the FCC is interested in regulating Internet like phones. It specifically mentioned that the republicans themselves would hate this but that the democrats would be please with it as it would help keep businesses from getting better internet service and keeping the internet speed even among the playing field (Risen). This of course would bring a heated battle in the courts because the battle would be spread across party lines (Risen).  The FCC intends to replace the old 2010 provision with a better one that would constitutionally allow for a even level playing field in regards to internet speed. However, I disagree.

I believe that the FCC does not and will not have power to bring forth an equal playing field in the internet service that most internet service providers provide.  Mostly, because it would give the FCC too much jurisdiction in their ways to regulate the speed and exchange of information. People will not be content with the a government agency furthering their power in the regulations of their internet activity and service. Also, big businesses will fight hard to keep their benefits, which I believe are reasonable for the amount of money the pay for these extra services. Ultimately, if the FCC continues to find ways to bring forth net neutrality through the means of a level playing field, businesses won’t technically be having an equal amount of service based on the prices they spend. The reason they would want better services is so that they can run their businesses more efficiently.  However, cutting those benefits from them would limit their potential, which could be bad for the country. Although, it would be greatly beneficial for us the people and small business who trail in competition to these mass bosses. 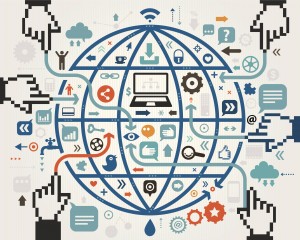