Disabilities and their representation on TV will always be something in Hollywood poised to add diversity to television shows.  This raises the question as to why characters with disabilities are not often represented by people with that specific disability and why “abled” actors play the roles instead. In many TV shows, a viewer can expect  to see maybe one or two characters with a disability.

Popular TV shows, including Glee, Malcolm in the Middle, Lost, and Joan of Arcadia feature actors confined to wheelchairs for various reasons. Most recently I also pondered the idea that not only are characters with disabilities played by non-disabled actors, but also that the parts are male dominated. Rarely is a disability role written for a female character. 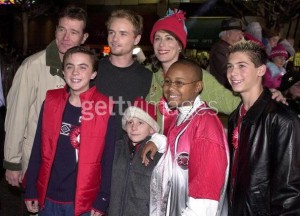 Able bodied Stevie from Malcolm in the Middle 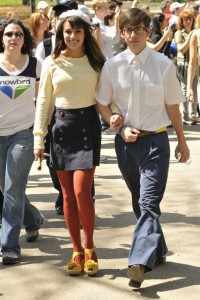 Currently, shows being produced for television are not just limited to scripted shows with professional actors. Reality television is paving the way for a new reality: the portrayal of disabled role models for people of all ages, especially children with disabilities. Shows like American Idol, The Amazing Race, The Bachelor,  and Bachelor in Paradise have given disabled people hope and inspiration that they too can be a part of reality TV as now they have successful predecessors. This is truly important because it helps people with disabilities come out of their shells, find acceptance in who they are, and aim to try to do what they before thought was unimaginable: have successes not just in reality television, but in real life.

Sarah Reinertsen, an amputee who finished seventh on The Amazing Race 10, learned the same thing, most strikingly while taking a walk in New York City in a short skirt that exposed her metal prosthetic leg. A stranger recognized her from the show and said his friend had recently had his leg blown off in Iraq.“His friend had been totally depressed, but watching me on the show had totally renewed his hope,” she said. “He thanked me for changing his [friend’s] outlook and his life,” Reinertsen said. “That’s when I realized just how powerful the show really was and that it could help change perceptions and lives.”

An opportunity to have a person who was a female in a wheelchair was missed. Ali Stroker was on The Glee Project 2 contending for a seven character arch on Glee. Ali was paralyzed at age 2 and in a wheelchair.  In the episode of Glee “I Do,” she goes on as a guest star and plays the “angry bitch” female character. The question here is why did she not win The Glee Project 2 and why did she not come back to be in more episodes of Glee?  In these clips you can see that she has the ability to sing and act just as well as the able bodied actor playing Artie, the paraplegic student. This shows that there was no justification for not crowning her the winner of The Glee Project 2 or for not having her guest star on a few more episodes on Glee.

The Glee Project 2 : Ali Stroker, paralyzed in real life and confined to a wheelchair singing “Here’s to Us”

Glee “I Do” episode with Ali Stroker, paralyzed in real life and confined to a wheelchair with able bodied Kevin McHale as wheelchair confined student Artie Abrams

There was much outrage in the disability community by wheelchair-bound actors of the casting of non-wheelchair-bound Kevin McHale who plays Artie Abrams on Glee. They wanted to know why the Glee producers failed to hire an actor with the disability to portray the character. After all the outrage, an article was posted quoting Brad Falchuk, the executive producer of Glee stating:

“We brought in anyone: white, black, Asian, in a wheelchair,” he told the AP when discussing the hubbub. “It was very hard to find people who could really sing, really act, and have that charisma you need on TV. He too understands the concern and frustration expressed by the disabled community,” he said. “But McHale excels as an actor and singer and it’s hard to say no to someone that talented,” Falchuk added.

Two years after the above article was published in 2009, Ali Stroker was a contestant on The Glee Project 2.  She is a definite contradiction to what Falchuk was quoted as saying two years prior. Ali has the ability to sing, act, and is on the wheelchair dance team “Hotwheelz.” She could probably dance circles around McHale and probably help to boost the ratings of the show for viewers who want to be inspired by an actor or even actress who truly represents themselves playing a disabled character. Ali was on one episode of Glee. It could have been the start to opening many doors for other actresses and actors with disabilities. But the writers and creators of Glee decided to keep that door closed.