I have seen the Ice Bucket Challenge pop up on my Facebook News Feed several times, but didn’t realize what it actually was for a while. Turns out it’s a charity campaign to raise awareness about Lou Gehrig’s disease, also known as motor neuron disease, and donations to the Amyotrophic Lateral Sclerosis (ALS) Association. This insidious disease affects the human nerve cells and spinal cords, which degenerates muscle movement, causing patients to be paralyzed and even leads to death. 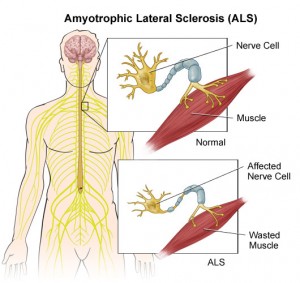 So here are the rules for this fun and sharable challenge that is for a good cause. Any individual who is “challenged” to do the Ice Bucket Challenge has two choices: to donate a hundred dollars to ALS research, or to continue on with this heart-warming dare of pouring ice over your head and calling out three others who are encouraged to do the same. 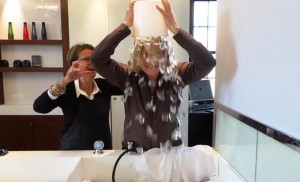 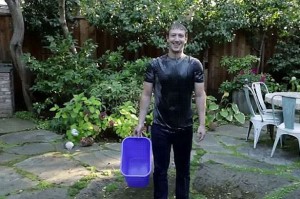 Influential figures like Mark Zuckerberg, Martha Stewart, Jimmy Fallon, Justin Timberlake and Bill Gates have all brought attention to ALS. There have also been mass Ice Bucket Challenges where crowds in Los Angles, New York and Chicago dumped ice on themselves.  And this movement is actually working! According to TIME,  “The ALS Association national office reported collecting $5.5 million in donations since July 29, compared with $32,00o in the same time period last year. Nearly 150,000 new donors have contributed.”