As consumers, we all have that one product
that we’re loyal to- so shouldn’t companies return the favor? Apparently
Unilever, who owns both AXE and DOVE, prefer capital over consumers. DOVE
has great products (my loyalty was with their soap bars), which was why I
remained a faithful customer. When I first saw Dove’s newest beauty campaign, I was so proud to be their
customer. As a woman, I appreciated the refreshing idea of a
company/product joining a movement that strays away from the artificial
standards of women in media.

Dove’s beauty campaign is about
Challenging beauty stereo types, Widening the definition of
beauty, and a Movement for Self-Esteem. This ad among with
others, including this shortfilm, are all efforts to help women love their bodies and be confident in their own skin. Dove’s campaign was indeed very provoking because its content is real women being honest about real body image issues. Most physical appearance insecurities come from our media consumption; women are publicized as sexual objects, most often shown as unrealistically thin women.

SOUND TOO GOOD TO BE TRUE?

Not only does this campaign help alter the public perception of women, but Dove made billions off of the campaign. Since it first launched in 2004, the company has increased revenue by $1.5 billion dollars. (Sheila Shayon)

Dove didn’t just reap benefits from both sides of the coin, but they were going against what they were promoting in the Dove campaign! By circulating ads & commercials sexualizing women like the one below, AXE is promoting the idea that  women

are sexual objects available to a man wearing a certain scent. According to this ad and this commercial, the more AXE product a man wears, the stronger the AXE effect is. (In this brand, the AXE effect is a pheromone enhancer, or “women’s calling” which lures women to him.)

The  commercial runs for 58 secs; 55 secs of it is just mobs of women who dressed to resemble animals running through a forest or swimming toward their prey; for the last 3 seconds, the consumer sees the product. THREE SECONDS!  AXE ads aren’t selling you a product, but instead the idea of a  lifestyle.

This exactly what Shudson means by capitalistic realism. The AXE commercials are advertising that by buying their product, it will somehow help men gain masculinity and women.

Unfortunately, Unilever uses the same method on Dove consumers. Dove’s “firming lotion” is not directly advertised, but if you go to a store and see it, you will connect Dove’s product with their beauty campaign, thus being more likely to buy it. According to Dove, by buying the lotion, it will help boost self-esteem and help you love your body- just as the campaign was designed for—–CAPITAL REALISM– that’s what I see.

Anyway in my opinion, the company doesn’t care about the customer, just capital-

but you can decide for yourself. 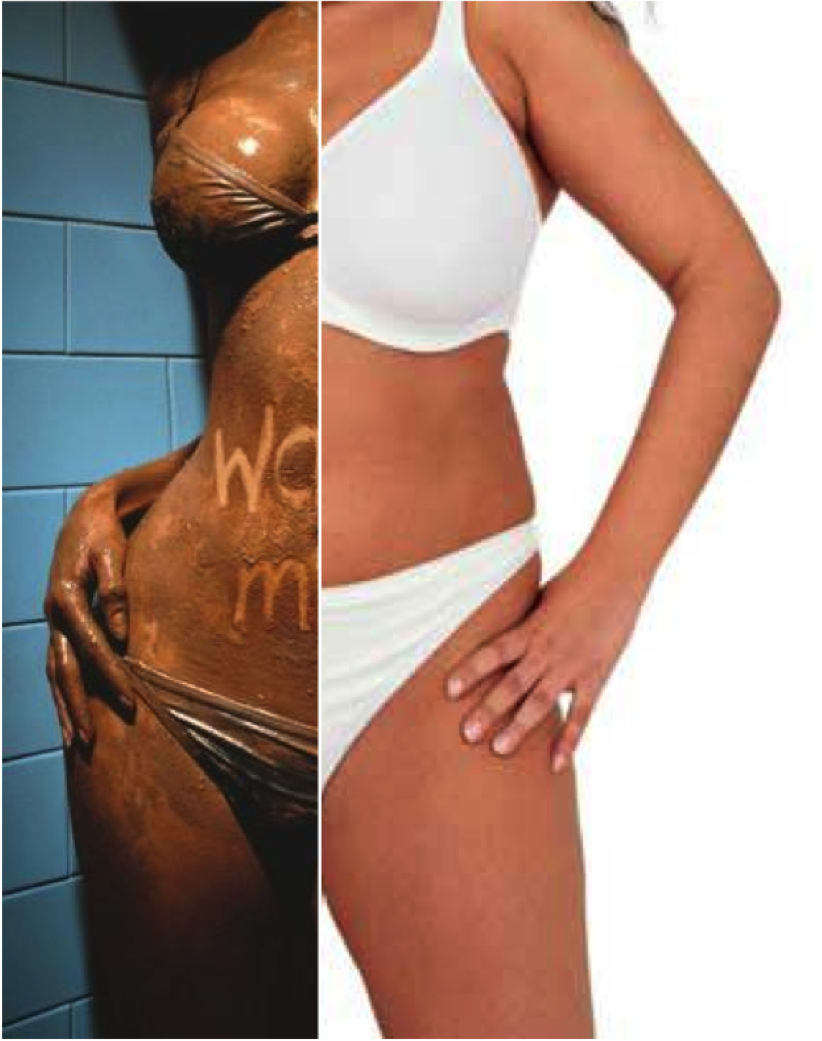