When the word “hashtag” is mentioned, we are quick to associate it with a practice on social networks, rather than its original intention as a symbol in information technology. The practice of hashtagging originated in 2009 on the worldwide social network, Twitter, as a means of categorizing users’ “tweets” under their appropriate topics. Since then, the hashtag culture has swiftly developed and engulfed Generation Y in its ever so popular convention.

Though, like many things, it’s all fun and games until someone gets hurt.

Last month, 16-year old Jada was allegedly raped at a party after consuming a spiked alcoholic beverage and passing out. Because of her complete unconsciousness, she only just discovered that she had been raped the morning after by means of a trending Twitter hashtag, “#jadapose”. 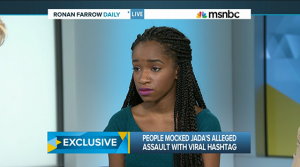 Apparently, those who initiated the sexual assault snapped a picture and distributed to other party attendees, and the photo inevitably found its way into social media. Twitter users used the hashtag “#jadapose” to mock the photo of Jada unconscious. The hashtag quickly became a trending topic, and even users who had no connection with Jada or the party attendees were engaging in the disgusting entertainment. 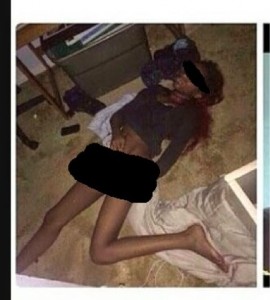 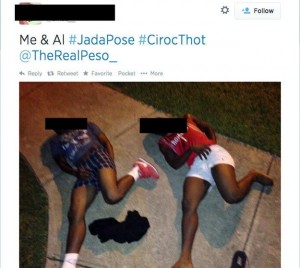 It’s no wonder why the word “media” is one of infamy. In Understanding Media: A Popular Philosophy, Dominic Boyer reminds us that the linguistic gloss called “the media” is more often noted for its failures than successes. Boyer states, “To confirm this suspicion, I used a remarkable media instrument, Google.com, to search instances of the phrase ‘the problem with the media…’ on the internet. I received 13,500 hits. Meanwhile, variations on the phrase, ‘the good thing about the media…’ received no more than 35 hits” (4).

When Twitter staff learned of this hashtag and its crude photos, they immediately took all photos down. Though Twitter may have attempted to banish all traces of this ignorant hashtag practice, it’s important to remember the vulgarity that lives within the World Wide Web.

Check out a more uplifting hashtag use here.

2 thoughts on “Violence in the “Hashtag” Culture”