Don’t pity me for confusing food with dung
and dung with bed. In this manner, without separating, I am
at ease. The anality of the heavens to you, instead
any time precipitates a passenger bus
over while you till the land and we’ll have to count
one more victim. Now, I speak in metaphor.
I am talking about a destination, a restaurant called
Paradise, a limitless vineyard, and then
waiting rooms suddenly empty, from which you even
have to leave with tears of gratitude.
Such moment presents itself, without being freed
by offshore accounts with which fields were purchased
to be parceled. It arrives and was always there, seized
in a flower vase. Don’t disturb me while it happens.
I am at peace, on a river rock, content
with mixing. I don’t retain my own disgrace. I drink
crystalline water with my snout and shit in the river.

By Rafael Espinosa
translated, from the Spanish, by Jose Antonio Villarán
illustrated by Sonia Liapounova 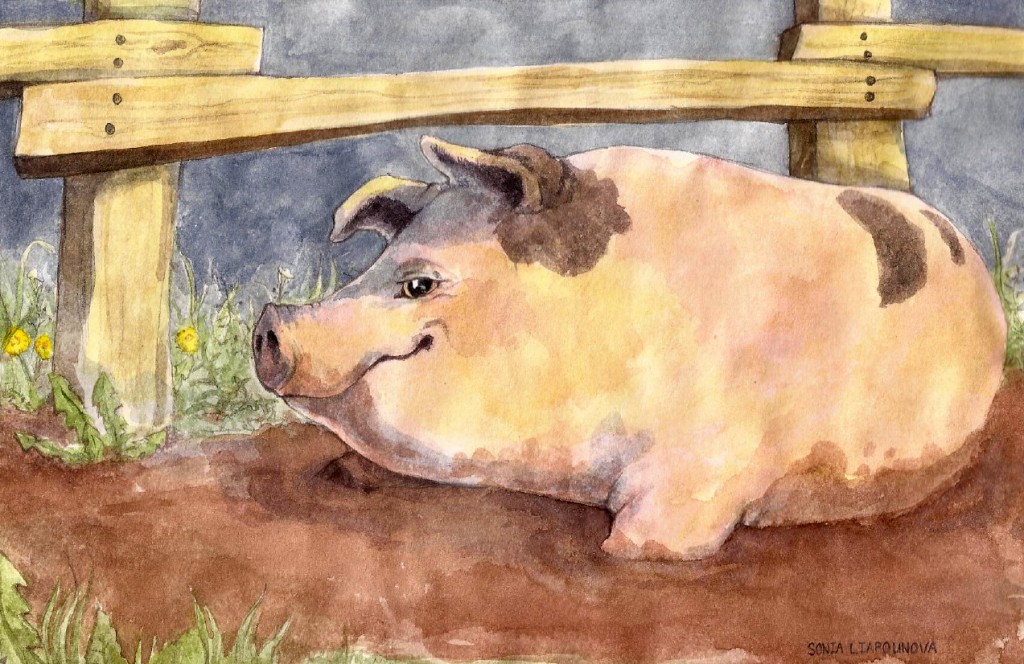 Jose Antonio Villarán received his BA in Writing from SFSU in 2005. He Published “la distancia es siempre la misma” in 2006, and “el cerrajero” in 2012. He is the Creator of the AMLT project. He’s currently an MFA candidate in Writing at UCSD.

Rafael Espinosa is one of Peru’s most important contemporary poets. Among his recent work we find “El Anticiclón del Pacífico Sur” (2007) and “Amados transformadores de corriente” (2010). The poems published in this issue of Alchemy belong to “Hombres Rana,” published in December 2012.