Home » The Book of Hours

The Book of Hours

From the sequence titled “The Book of Pilgrimage”

You are what is to come, a great sunrise
above the levels of eternity.
You are the cock’s cry ending timeless night.
The dew, the morning matins, and the maid,
The unknown man, the mother, and demise.

You are, yourself, that ever-shifting form
which always rises from astringent fate,
remaining always unknown and unpraised,
as unremarked on as a wild wood.
You are the apex of the deepest things–
the last, unuttered word of His creation.
The other words are always being altered:
the ship becomes the coast, the land the ship.

You are the Cloister of the Painted Wounds.
With thirty-two old cathedrals
and fifty churches made of opals
all underpinned by chunks of amber.
On every part of the cloister-house
your song lays a stanza,
and the massive gate opens.

In long houses the nuns live,
the black sisters, seven hundred and ten.
Sometimes one comes to the fount,
and one stands as though cocooned,
and one stands in the evening sun,
stands slender in silent alleyways.

But most you never see.
They remain in the silence of the house,
as in the sick hollow of a violin,
a melody no one will–

And in rings around the churches,
overrun by jasmine flowers,
are graveyards, which quietly, always
in the matter of stones, speak to the world.
Speak from a world that no longer exists
despite its having once surged through the cloister,
bedecked with baubles on idle days,
quite ready for romances and reversals.
They are past–and lo, thou art.

They passed in a riot of lights
across the indifferent year.
But you, the evening, and the poets,
among these running faces,
look to be shadowed things.

The world’s kings grow old
and will produce no heirs.
The sons will die as babes,
and pale daughters will wear
corrupted crowns of power.
The rabble clamors–for coin
the modern king of the world.
They mint it in great presses,
relentlessly do its will.
But the mob is out of luck:
the copper is homesick. It wants
to leave the coins and wheels
that give it so little scope.
And from factories and tills
it returns to its veins.
The gaping wounded mountains
stitch themselves back up.

By Rainer Maria Rilke
translated, from the German, by Sam Jack
illustrated by Sonia Liapounova 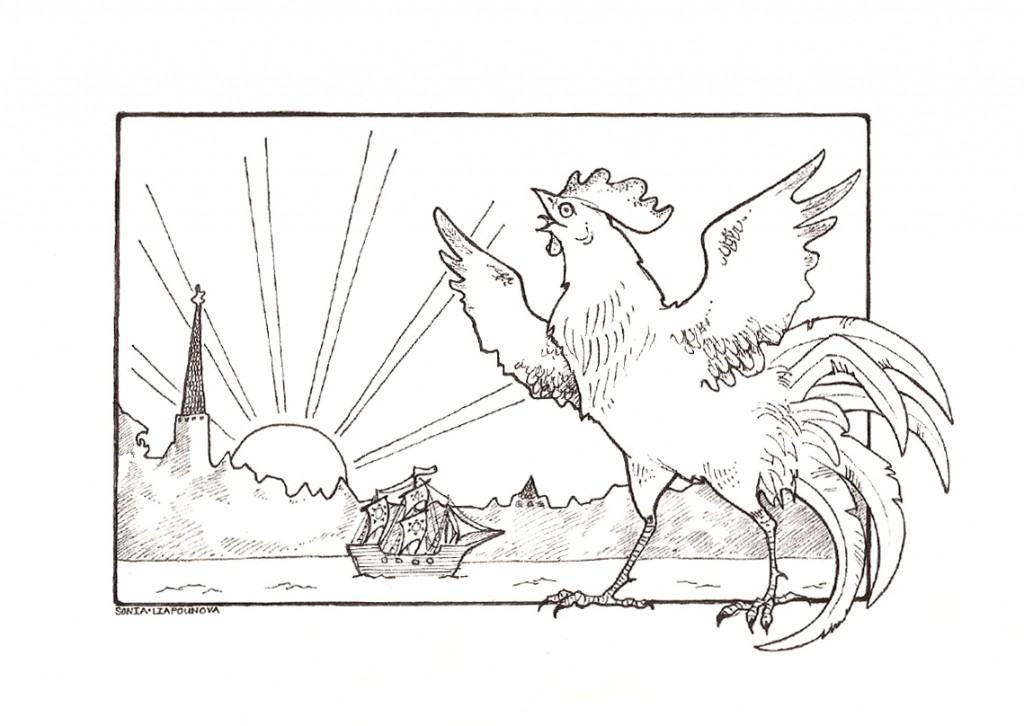 Sam Jack is an MFA poetry student at the University of Montana.

Rainer Maria Rilke (1875 – 1926) was an influential Austrian-Bohemian poet whose best-known works include The Duino Elegies, Sonnets to Orpheus, and Letters to a Young Poet.