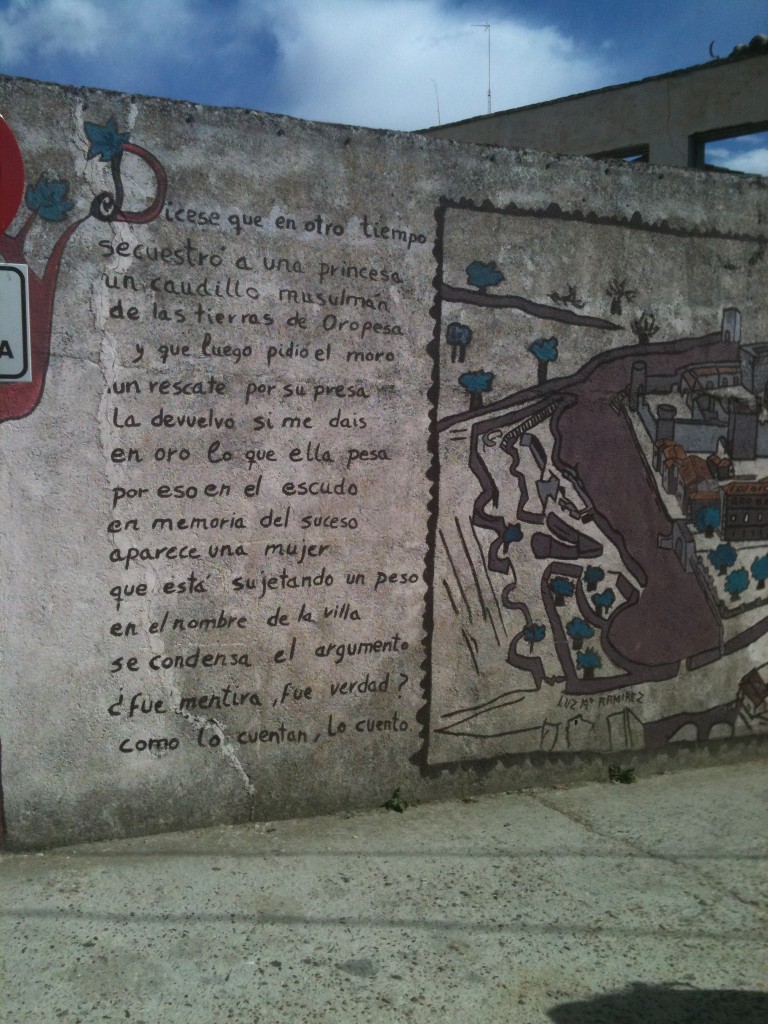 This text was transcribed from this picture of a wall near the famous parador of Oropesa in the Province of Toledo in Spain. It describes the origin of the word Oropesa in folkloric terms; in Spanish oro means gold and pesa refers to its weight.

It is said that long ago
a Muslim captain kidnapped a princess
in the lands of Oropesa,
and that later the Moor
demanded ransom for her release:
“I’ll set her free if you all give me
what she weighs in gold.”
Because of this on the shield of the town,
in memory of the incident,
there appears a woman
who is holding a weight.
In the name of this place
the tale is encapsulated.
Was it a lie, was it true?
As they tell it, I tell it.

Photograph and translation, from the Spanish, by Jonathan Piskor

Jonathan Piskor has worked as a freelance translator for clients in the US and Europe. He graduated from Hamilton College in Clinton, NY with a bachelor´s degree in Hispanic Studies. His undergraduate thesis examined the role of personal integrity in Medieval Spain.