The washer turns on by itself, shakes and sways side to side; the blender lashes, its circuits have become excited; the coffee maker growls at everyone, and won’t allow anyone to use it.
Overflowing instincts and self-reliance seem to indicate that in the future appliances will become our new animals.

By Jhonnatan Curiel.
Translated, from the Spanish, by Bryan Constantino. 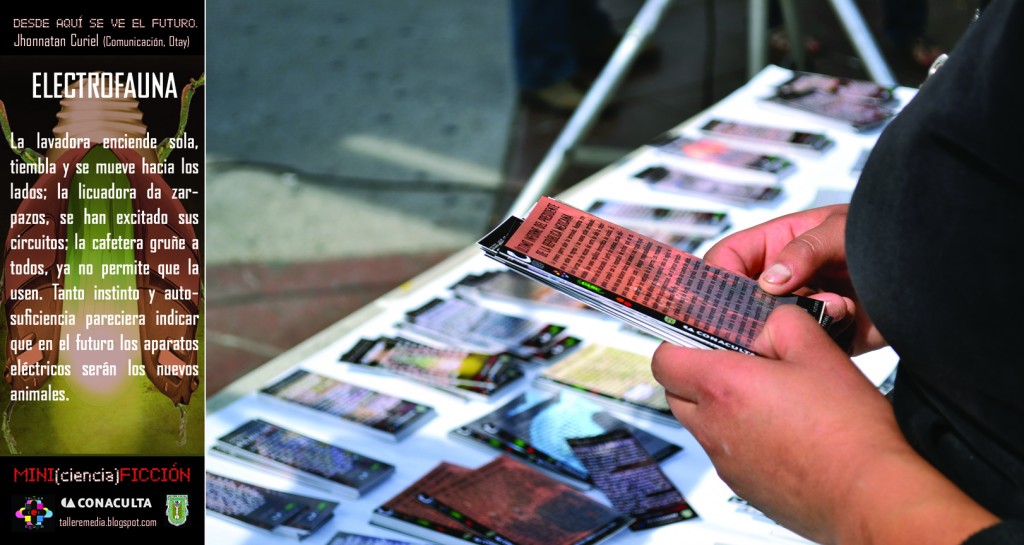 Jhonnatan Curiel  (Tijuana, México, 1986) is a poet, writer and researcher of social studies. Has published seven poetry books in Mexico and was part of Colectivo Intransigente, an artistic collective who promoted poetic events during 2010 & 2012. Writes on his blog www.jhonnatancuriel.blogspot.com.
Bryan Constantino attends UCSD and will obtain his degree in Mathematics this June. He lives in Barrio Logan and is working on his first Banda music composition. >iii=o