The funniest thing that happened to me today wasn’t even supposed to be funny but I have
to tell someone. A poor grrl with recently installed navelcoats felt so worked up —in
between the constant heat, the synaesthesia, pepto flavor, and the getting-pricked-by-
spiders-on-your-balls sensation— that she pushed her way through the fifth floor asking,
“Can anybody recognize me?”

By Carlos Matsuo.
Translated, from the Spanish, by Bryan Constantino. 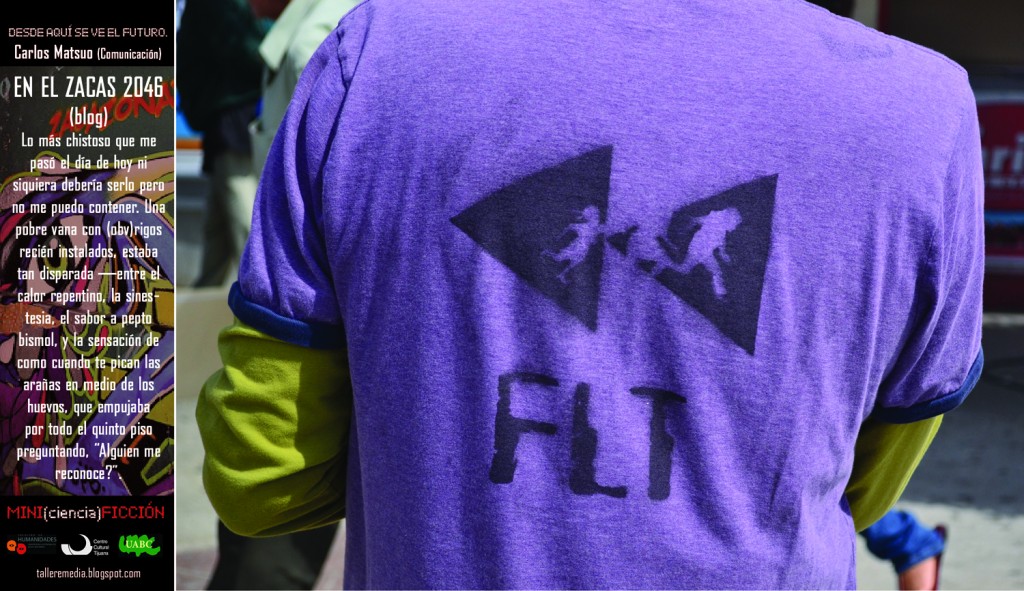 Carlos Matsuo  (Mexico, 1988) studied communication in the Autonomous University of Baja California. In 2013 his political short film Violentao was part of the programming of the Morelia Film Festival. He recently presented his feature documentary Basura, about the mexican music revolution, at the Guadalajara Film Festival.
Bryan Constantino attends UCSD and will obtain his degree in Mathematics this June. He lives in Barrio Logan and is working on his first Banda music composition. >iii=o