Sabrina Strings (UCSD PhD 2012 and Associate Professor at UC Irvine) is the author of an op-ed published in the May 25, 2020 New York Times. Drawing on her 2019 book, Fearing the Black Body: The Racial Origins of Fat Phobia, Sabrina questions the scientific, media, and political arguments connecting African Americans, obesity, and morbidity due to Covid-19.

The article is available here: https://www.nytimes.com/2020/05/25/opinion/coronavirus-race-obesity.html?action=click&module=Opinion&pgtype=Homepage

Neil Gong will begin teaching as an Assistant Professor in the Department of Sociology in Fall 2021. He currently is a postdoctoral fellow at the University of Michigan.

In late April, Gong published an op-ed in CalMatters on the continually evolving CA plan to place homeless people in hotels. Please follow this link to read his proposal.

Professor Mary Blair-Loy was quoted in an April 28 story in the New York Times. The article looked at how the Covid 19 lockdown has exposed the fiction that child care and working are separable. The article’s first hyperlink (on undivided loyalty) is to Blair-Loy’s book landmark book, Competing Devotions.

You can find the article here https://www.nytimes.com/2020/04/27/upshot/coronavirus-exposes-workplace-truths.html

In an editorial published in the journal Nature, alumna Joan Donovan (PhD 2015, Sociology and Science Studies) shows how misinformation about hydroxychloroquine was spread on social media, and she argues why media companies must flatten the curve of unsubstantiated science.

Donovan is the research director of the Shorenstein Center on Media, Politics and Public Policy at the Harvard Kennedy School in Cambridge, Massachusetts. Her article can be found at https://www.nature.com/articles/d41586-020-01107-z

As you know, the situation with the coronavirus (COVID-19) is evolving rapidly across the United States. Please see coronavirus.ucsd.edu for the most up-to-date campus information on courses and policies affecting our university.

All Sociology Department faculty, lecturers, graduate students, and staff are now working remotely, and all Spring and Summer 2020 Sociology courses will be offered online. 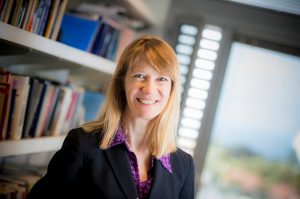 In a 2019 empirical analysis of the multi-disciplinary work-family literature, Prof. Mary Blair-Loy was named a “Top Ten Extraordinary Contributor” in the “Landmark Contributions” category and a “Top 50 Contributor” in the overall contributions category. View Prof. Blair-Loy’s study here:  https://www.tandfonline.com/doi/full/10.1080/13668803.2019.1596881.

Two of our graduate students, Daniel Driscoll and Davide Carpano, are currently abroad in Germany at the Max Planck Institute. Both grad students are having a great time during their travels and Daniel Driscoll said: “It’s been very nice here in Germany. The intellectual environment at Max Planck Institute (MPI) is great for getting work done and connecting with others.” We are all very excited for them here at the Sociology Department, and cannot wait to hear more from both Daniel and Davide. 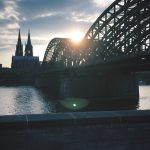 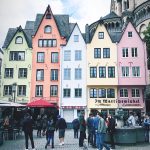 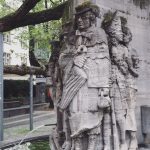 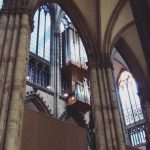 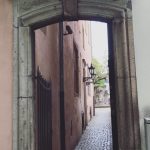 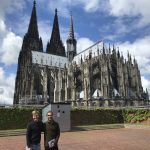 Fearing the Black Body: The Racial Origins of Fat Phobia by our PhD alumna Sabrina Strings was just released!

It explores how fat phobia in the West finds its roots not in health concerns, but in the triangle slave trade and Protestantism.

How the female body has been racialized for over two hundred years.

There is an obesity epidemic in this country and poor black women are particularly stigmatized as “diseased” and a burden on the public health care system. This is only the most recent incarnation of the fear of fat black women, which Sabrina Strings shows took root more than two hundred years ago.

Strings weaves together an eye-opening historical narrative ranging from the Renaissance to the current moment, analyzing important works of art, newspaper and magazine articles, and scientific literature and medical journals—where fat bodies were once praised—showing that fat phobia, as it relates to black women, did not originate with medical findings, but with the Enlightenment era belief that fatness was evidence of “savagery” and racial inferiority.

The author argues that the contemporary ideal of slenderness is, at its very core, racialized and racist. Indeed, it was not until the early twentieth century, when racialized attitudes against fatness were already entrenched in the culture, that the medical establishment began its crusade against obesity.

An important and original work, Fearing the Black Body argues convincingly that fat phobia isn’t about health at all, but rather a means of using the body to validate race, class, and gender prejudice.

The book has been featured on three “must read” lists:

#ColorlinesReads: Get Some Perspective With These 5 Books 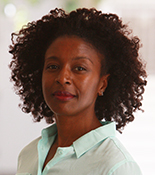 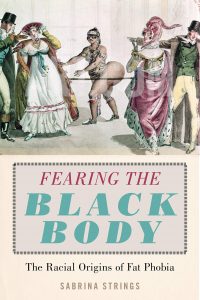 John Skrentny, a Professor of Sociology and UCSD faculty member, was recently referenced in a Voice of San Diego article regarding the Trump administration’s decision to repeal an Obama administration rule allowing spouses of H-4 visa holders to legally work in the United States, and its potential impacts on the economy of San Diego. The article referencing Professor Skrentny can be found here.

Amy Binder, a Professor of Sociology and UCSD faculty member, was recently referenced in an article for The Chronicle of Higher Education focusing on the California Campus Republican platform and its impact on college culture. The article referencing Professor Binder can be found here.