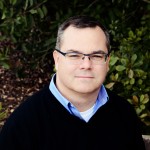 Dr. Lindsay is an assistant 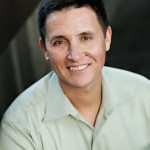 research scientist at the UC Institute on Global Conflict and Cooperation and assistant adjunct professor at the UC San Diego School of International Relations and Pacific Studies. His research examines the impact of technology on international security and has appeared in International Security, Security Studies, Journal of Strategic Studies, and Technology and Culture. He is editor (with Tai Ming Cheung and Derek Reveron) and contributor for China and Cybersecurity: Espionage, Strategy, and Politics in the Digital Domain (Oxford University Press, Forthcoming 2015). He holds a PhD in political science from the Massachusetts Institute of Technology and an MS in computer science and BS in symbolic systems from Stanford University. He is an officer in the U.S. Naval Reserve with seventeen years of experience, including active duty assignments in Europe, Latin America, and the Middle East.

Dr. Nacht is the Thomas and Alison Schneider Professor of Public Policy at the Goldman School of Public Policy at UC Berkeley. Dr. Nacht has had a diverse career in academic, government, and the private sector, specializing in US national security policy and international affairs; technology and public policy; and management strategies for complex organizations. Dr. Nacht serves as Assistant Secretary of Defense for Global Strategic Affairs from 1009-10 after unanimous US Senate confirmation for which he received the Distinguished Public Service award, the highest civilian honor.

Celeste Matarazzo is a data science expert with more than 24 years of service to the LLNL’s Computation Directorate. Celeste is presently the Associate Program Leader for Network Exploitation within Information Operations and Analytics (IOA) program for the Global Security Principal Associate Directorate and the Deputy Director of the Network Security Innovation Center (NSIC). She is currently the Principal Investigator for a large LLNL-funded strategic initiative research project in cyber security situational awareness called Continuous Network Cartography, which will complement efforts to model CDD interactions. She is also the program manager for LLNL’s Cyber Defenders Summer Intern Program. Celeste was previously the project leader for the Advanced Simulation and Computing Program’s Scientific Data Management effort. Celeste has a B.S. in Mathematics and Computer Science from Adelphi University.

Dr. Pilat is Senior Advisor in the LANL National Security Office, providing policy support to Laboratory Director, senior leadership and division programs, administering and conducting analyses for the Laboratory, DOE/NNSA, and other U.S. government agencies, particularly in the areas of arms control, nonproliferation, counterproliferation and counterterrorism, since 2006. He has been a member of the IGCC Steering Committee since 2007 and a member of the Proliferation Resistance and Physical Protection (PR&PP) Working Group, Gen IV International Forum, since 2006. He received a Ph.D. in History (European and Russian) from Georgetown University, an M.A. in Government and a B.A. in Philosophy.

Benjamin W. Bahney is a political scientist at LLNL where he studies national security issues in the cyber and space domains. Ben is also an adjunct employee at the RAND Corporation focusing on social science and counterinsurgency. From 2007 to 2010 he advised Multi-National Force-Iraq and the U.S. Marine Corps on economics and threat finance. Ben has worked on a number of quantitative modeling studies, such as a multidisciplinary RAND study to model the effects of U.S. policies on terrorism, a large RAND effort called COMPARE to model the U.S. health care system, and a series of studies using financial documents from the Islamic State of Iraq to model how finances enable terrorist organizations to organize violence. His research has appeared in the New York Times, the American Economic Review, the American Journal of Public Health, and Medical Care Research and Review. Ben has an M.A. in international relations from UC San Diego and a B.A. from the University of Pennsylvania.

Dr. Barnes is a research scientist in Livermore’s Physical and Life Sciences Directorate. He has a 24 year background in systems architecture, design, and implementation. He received his B. S. in Physics from Yale University, and Ph.D. in Physics from UC Berkeley, where he designed and built the first cryogenic dark matter experiment. Since then he has designed, built, and deployed experimental systems for neutrino oscillations, proton radiography, particle production and cross section measurements, and homeland security applications. Recently he has applied algorithms and methods from particle physics analysis to advanced cyber-security problems. He currently leads the network modeling team at Livermore, and co-leads the discrete event simulation team. He has published in Physical Review, Physical Review Letters, Nuclear Instruments and Methods, and The Annals of the ACM. 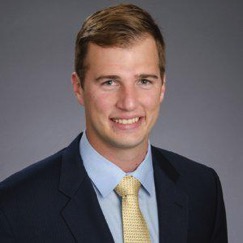 Paul Spitsen received a Master’s of Pacific and International Affairs from University of California San Diego’s School of International Relations and Pacific Studies with a dual focus on International Security and Public Policy and a regional emphasis on China. He obtained his BA from UCSD’s International Studies Program. His current research interests include Chinese military modernization, the U.S. military’s response to emerging asymmetric threats, intrastate violence, terrorism and insurgency, nuclear security and non-proliferation, and U.S. security strategy.

Patrick K. Davis is a MBA candidate in the Foster School of Business, at the University of Washington. He is interested in the security of the Asia-Pacific and the rise of China. Patrick holds a BA in political science from Saint Joseph’s University and an MAS in international affairs from the University of California, San Diego.  Previously, Patrick served as an officer in the United States Marine Corps, including deployments to the Asia-Pacific and Afghanistan. 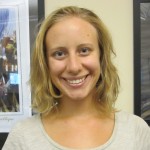 Shannon Carcelli is a PhD student in the Department of Political Science at the University of California, San Diego. She is interested in international security, with a focus on foreign military intervention. She is a graduate of Carleton College. 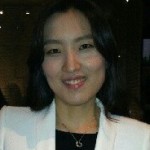 Clara H. Suong is a PhD student in the Department of Political Science at University of California, San Diego. She is interested in the international-domestic nexus in conflict and violence. Her research appears in the Presidential Studies Quarterly. Clara holds a BA in anthropology from Seoul National University and an MA in politics from NYU. 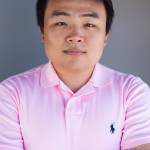 Jack Zhang  is a PhD student in the Department of Political Science. His core research interests are East Asian political economy and security, with a focus on contemporary China. He was recently awarded a Fulbright Research Grant to support fieldwork researching the economic effects of regional political crises in Asia on China based firms. Jack holds a bachelor’s degree in political science and a certificate in East Asian studies from Duke University, where he served as the Editor-in-Chief of Duke East Asia Nexus and was a co-founder of the Duke-UNC China Leadership Summit. Prior to coming to UC San Diego, Jack worked as a China researcher for the Eurasia Group in Washington, DC. He currently serves as Senior Advisor to UCSD’s China Focus Blog. He was recently named to China Hands’ 2013 “25 Under 25 in US-China Relations” list. Follow Jack on Twitter @HanFeiTzu