The first workshop in CoLED history was held at UC San Diego on April 3 and 4, 2015.

Titled “Designing CoLED” the workshop was the first opportunity for participants to meet in person and collaborate in designing the future activities of the research network.

The workshop began with introductions, and then a “campus showcase” in which members from each participating campus described themes and topics on the table related to ethnographic design at their home campus. A break out session titled “Divergence: Exploring Ethnographic Possibilities” followed. On the second day of the workshop the “campus showcase” continued in the morning, with an afternoon breakout session titled “Convergence: Mapping Collaborations.” In a closing session, titled “Designing CoLED’s Future” the group produced a working plan for future workshop themes, locations, and concerns to animate the network. 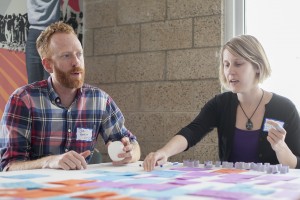 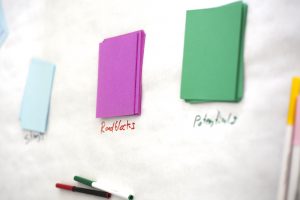